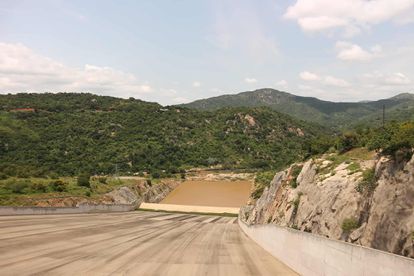 There’s a distinct possibility that travel between South Africa and eSwatini (the nation formerly known as Swaziland) could be brought to a standstill on Wednesday, as protest action looms at key border checkpoints.

Why the South Africa-eSwatini border is facing a shutdown

Public servants in our neighbouring nation have planned to strike throughout the duration of the day. That includes government workers who man the international borders, and it seems that those downing tools can count on South African trade union Cosatu for support – that’s according to Mpumalanga Secretary Thabo Mokoena, anyway.

Why eSwatini workers are on strike

He told SAfm Radio that the affected borders would Mahamba, Matsamo and Oshoek – some of the busiest passages along the border with South Africa. Mokoena also revealed the workers’ grievances, stating that they were upset with their salary increments and generally-poor working conditions:

“As Cosatu, we will embark on border protest action in support of a strike by the National Public Services & Allied Workers Union, as part of our initiatives to pledge international solidarity to workers even outside our borders.”

“As things stand, workers don’t enjoy their rights, they have a king that does not attend to their needs. Workers want the introduction of a legislation that would protect workers and permit for labour unions.”

Public sector workers are set to ask for a salary increase of 7.8% in order to get them back to work. But with King Mswati not exactly being the most compromising of rulers, they face an uphill battle to achieve any sort of wage improvements. The absolute monarch has ruled for the past 33 years.

The protests have been bubbling under for the best part of a week, but Cosatu’s increased attention has given the strike some elevated attention. Wednesday will be, by far, the biggest day of demonstrations so far – and their plans to shut down border posts could cause signifcant disruptions for commuters and travellers alike.

The news comes in the same week that a major bank strike is threatening to cause havoc across South Africa. An urgent high court interdict has been filed to prevent an estimated 30 000 – 40 000 workers in the banking industry from downing tools on Friday. Mass retrenchments and “digitalised processes” are the main factors behind the protests.

‘The ocean needs us’: Aquaman star says ‘save the oceans’