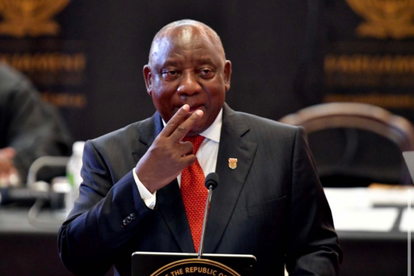 President Cyril Ramaphosa announced during his 2022 State of the Nation Address on Thursday evening that South Africa is set to ‘harness’ the economic advantages of the cannabis industry.

Ramaphosa: SA will take cannabis industry to a ‘higher’ level

Ramaphosa revealed that the production of cannabis in the country will soon be industrialised, with the government seeking to ‘harness’ the economic benefits.

The President announced further that the Eastern Cape and KwaZulu-Natal provinces have been identified as prime real estate to kick off the efforts to capatilise on the products that have proven lucrative in neighbouring Lesotho.

“Industrial hemp and cannabis will have a pathway to industrialisation for the creation of jobs at farms in the Eastern Cape and KwaZulu-Natal, with production for a number of purposes.”

Legal framework to be reviewed

Ramaphosa highlighted economic growth as a key issue in SA following the aftermath of the COVID-19 pandemic. Announcing the end of the State of Disaster during his address, Ramaphosa pointed to ‘far-reaching’ reform in the country.

“While structural reforms are necessary for us to revive economic growth, they are not enough on their own. This year, we are undertaking far-reaching measures to unleash the potential of small businesses, micro businesses and informal businesses.”

For those wondering about the legal issues involved in relation to cannabis, which has stalled since the Constitutional Court ruling decriminalising the substance, Ramaphosa provided some insight into the matter.

The President confirmed that the government intends to focus on relaxing and reviewing policy that hinders growth in this regard. The politician joked that the aim with this is to ensure economic benefits beyond simply that of ‘smoking’ the product.

“We will review the policy and regulatory framework for industrial hemp and cannabis to realise the huge potential for investment and job creation.”