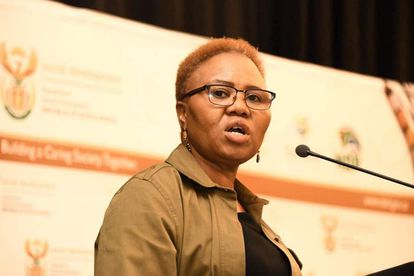 Social Development Minister Lindiwe Zulu has clarified the reasons behind the sudden withdrawal of the controversial social security plan, saying some aspects still need to be properly clarified.

Zulu confirmed in a gazette published on Tuesday evening, 31 August 2021, that the green paper which would have seen employers and employees pay as much as 12% of their earnings towards a state-run fund, was rescinded.

The green paper on Comprehensive Social Security and Retirement Reform was published on 18 August.  Among its proposals is a universal income grant for the working age population to lift them out of poverty, an extension of UIF benefits and a road accident benefit scheme.

In a statement released on Wednesday morning, 1 September, the department says some of the technical aspects of the fund were not clearly understood and need clarification to avoid further confusion.

“Since its publication, there has been widespread commentary on the key recommendations entailed in the Green Paper. Some of the technical aspects of the proposals were not well understood and many have misrepresented the proposals, particularly on the National Social Security Fund. It has become apparent that some of these areas need further clarification to avoid any further confusion,” the department’s spokesperson Lumka Olifant said in a statement.

The department says it expects to release the paper as soon some issues have been addressed.

“By virtue of this being a discussion paper, the Department is pleased by the level of public discourse on this subject matter, as it reinforces the fact that society should be involved in the policy making space”

The green paper reads in part:

“There are no provisions to address the plight of individuals who have no income but do not meet the means test criteria to receive social grants (the 18 – 59 age group challenge). The expectation that this group would derive their income primarily from selling their labour has proven to be ineffective in the context of persistent, long-term and structural unemployment,”