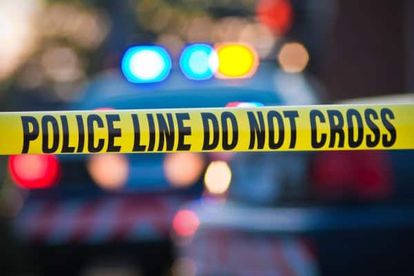 The town of Rustenburg suffered a wave of chaos on Wednesday afternoon after six buildings were torched by residents.

The affected buildings were branded by the community as drug dens and brothels masquerading as legitimate places of business.

A heavy police presence has since been deployed in the area while calm has been restored.

Among the buildings which were affected by a blaze is a tyre shop owned by a Ugandan national. His employee, Nandos Makanza was adamant that no criminal activity takes place in his place of work and that the angry mob acted irrationally.

“I understand their concerns but we only deal with tyres here, nothing else. Right now I don’t know where I’m gonna get money to feed my family now that the business that put food on the table has been torched,” he said.

The anger from the community was fuelled when taxi drivers apprehended alleged drug dealers and handed them over to the police.

According to taxi owner Aubrey Malinga, among the perps was a police officer caught with drugs in his possession. They were released soon after and that is when community members decided to take matters into their own hands.

“When we found them, we put them in an enclosed area where we normally put boxes at the taxi rank. The police came and we left matters in their hands. Minutes later, the K9  police division came to the rank and asked what was happening, while in talks with them, members of the public order policing started using teargas on us,” Malinga said.

The violence was condemned by Police Minister Fikile Mbalula who instructed police to patrol the area in order to restore calm.