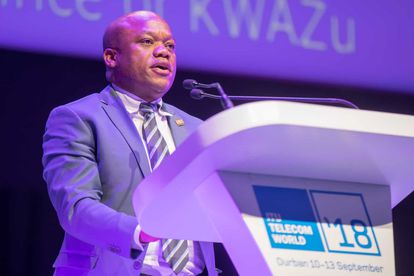 Billionaire businessman Patrice Motsepe’s comments on US President Donald Trump at the World Economic Forum, in Davos, Switzerland, are still causing ripple effects around the country.

The mining mogul’s statement that “Africa loves Trump” has caused a reaction from the public and influential sectors of society.

Patrice Motsepe appointed to WEF board of trustees

It appears the African Rainbow Minerals founder and executive chairperson’s show of affection has served him well as he was appointed to the board of trustees at WEF.

Zikalala: ‘Trump not a friend of ANC’

Days after Finance Minister Tito Mboweni politely said Motsepe spoke for himself and while his views were respected, they did not represent that of the South African government, KwaZulu-Natal Premier Sihle Zikalala has shed light on what the ANC thinks of Trump and Motsepe’s utterances.

“He doesn’t have the kind of arrogance to speak on behalf of the SA government. And he was in a private meeting and they were having a private conversation and it is perfectly in his own right. People must leave him alone okay,” said Mboweni.

Speaking at an ANC birthday celebration event in KwaZulu-Natal on Sunday 26 January, Zikalala said Trump was not a friend of the ANC.

According to News24, Zikalala said Trump was an “imperialist and barbarian who only thinks about killing people”.

“We’ve got nothing to benefit from Donald Trump. It is him who is causing disorder in Iran,” Zikalala added.

US attack on Iran

Zikalala’s comments are in line with the ANC’s stance on the recent US attack on Iran which saw powerful military general Qassem Soleimani and others die.

“We view this latest inhumane episode as an attack on the sovereignty and self-determination of the people of Iran,” said ANC secretary-general Ace Magashule.

“The ANC rejects this raw aggression against the people and government of Iran, which has the potential to plunge the Middle East and the World into a full-scale war,” he added.

Motsepe has ‘own best interests at heart’

In a thinly veiled reference to Motsepe’s career plans, Zikalala stated that wealthy people who travel internationally only had their own best interests at heart and were considering their next paycheque.

Zikalala concluded his tirade by saying the ANC would not backtrack on its position regarding the sanctity of life and human dignity just because Trump was wealthy.