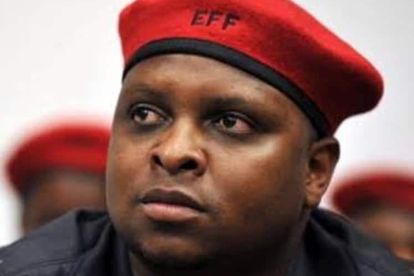 South Africa’s parliament said on Thursday it would investigate a prominent leader in the radical opposition EFF party over claims his brother profited from fraud dubbed “the great bank heist”.

Economic Freedom Fighters (EFF) lawmaker Floyd Shivambu’s brother Brian was one of 53 individuals recently accused by the central bank of looting a total of $130 million from VBS Mutual bank.

“We never took money from VBS and anyone who thinks we did is mad,” said Floyd Shivambu at an EFF media briefing on Tuesday.

The central bank alleges Brian received R16-million ($1.1 million) while media reports have claimed that Floyd received up to R10-million — something he has fiercely denied.

“There has never been any R10-million ($700,000) that came into my account… it’s deliberate, part of the propaganda machinery, it’s pure insanity,” Floyd Shivambu added.

VBS collapsed into administration earlier this year following a liquidity crisis and is one of the most serious graft cases to rock South Africa since the departure of former president Jacob Zuma.

The EFF had campaigned vigorously against Zuma’s numerous corruption scandals.

Parliament’s acting registrar of members’ interests Anthea Gordon confirmed in a letter that Floyd Shivambu’s financial relationship with his brother Brian would be probed following a complaint by the main opposition Democratic Alliance (DA) party.

“We look forward to the investigation, and if any wrongdoing is found, the harshest sanction be meted out against Shivambu on behalf of the thousands of poor people whose money was stolen in the VBS heist,” the DA said in a statement.

VBS Mutual gained notoriety in 2016 when it lent scandal-tainted former president Zuma $540,000 to repay taxpayers for upgrades he made to his private home.