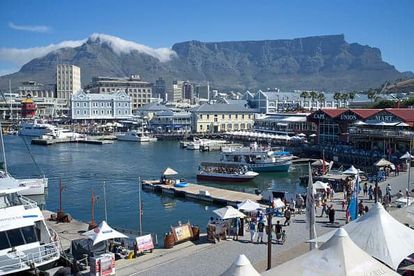 I walked into the store with my female friend and asked the first assistant I saw (a male) where the umbrellas were. His response included references to how we must be wet. It was not raining outside and it was sunny. I told him I thought he was inappropriate and he continued laughing and said something else regarding “how wet I must be”. Initially, I was embarrassed and shocked. So I just picked an umbrella and went to the till and paid for it. I told the women behind the till what happened and pointed out who it was that said that to me. However, nothing was done and I left.

My friend thought it was inappropriate but I shouldn’t be so sensitive about it. She was afraid we were causing conflict unnecessarily and walked towards the entrance while I told the woman behind the counter what happened. I felt a bit embarrassed as well. Mostly because I am tired of being branded the ‘angry feminist’, you know the woman who can’t take a joke. These days there appears to be a stigma surrounding women who complain about everyday sexual harassment and a commonplace assumption that we should just ‘suck it up’ and accept the world the way it is.

But then I thought about it and then I thought “No”. If I was a man who walked into Cape Union Mart then he would not have talked to me like that. If myself and my female friend walked into Cape Union Mart with a male friend or a boyfriend he would not have talked to us like that. I then became angry that buying an umbrella had stirred up such strong emotions. I became angry that as a woman I’m not allowed to be safe in public spaces. That how dare I attempt to buy an umbrella and not assume that this may invite unwanted sexual remarks regarding my ‘wetness’ from male staff. How dare I assume that Cape Union Mart would be a safe space to purchase goods, shouldn’t I know that as women, no space is safe?

I started to think about this and everything that has been happening in Cape Town recently. From the publicized rapes and attacks on female runners to the everyday violence against women that has become so commonplace in South Africa. I thought about the recent case of the 19-year-old woman who was raped and murdered, left for dead in a communal toilet in Khayelitsha. I thought about how research indicates that South Africa is the rape capital of the world and consequently the most dangerous country for women.  I thought about: what is this culture of violence against women? How does it start and where does it begin?

Then I realized it begins with those everyday comments that men feel it’s acceptable to say. Like what that Cape Union Mart employee said to me. He just lives in a culture where he believes that kind of behavior is acceptable. That no one will care when a 20-something small girl like me complains about his remarks surrounding my wetness. That I should accept the joke and realize that I’m a woman. This is my place. But you know what? It is not my place and I don’t think it’s okay for men to treat women like that. I don’t think it’s okay to be spoken to like that. As a survivor of sexual violence, this experience struck such a chord with me and made me realize how endemic our rape culture is. This culture that belittles women and tries to keep them in their designated place.

So I’m saying it’s not okay. As women, we all deserve more.

This article was originally written for and published on the Awkward in Cape Town blog.