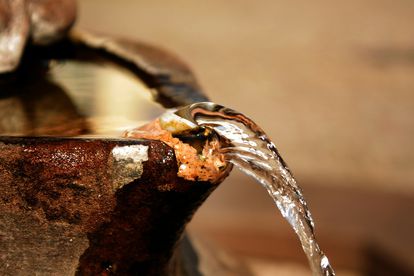 Gauteng’s water utility, Rand Water said the Zuikerbosch water treatment works in Vereeniging have been “severely affected by a power interruption” at Eskom’s Snowden sub-station due to a veld fire on Sunday afternoon, leading to a water shortage in parts of the province.

“Eskom is working on restoring power but cannot provide an estimated return to service. The power outage has resulted in Rand Water losing 60% of its production capacity at the Zuikerbosch water treatment works,” said Rand Water in a media statement.

WHO IS AFFECTED BY WATER SHORTAGE?

“The supply of water will be severely reduced as a result of this power loss.Rand Water would like to urge consumers to conserve water as it is not known how long this Eskom crisis will last,” said the water utility.

About 75% of supply goes to our top three customers – Johannesburg, Ekurhuleni, and Tshwane Metros.

WHERE IS THE DEMAND FOR WATER COMING FROM?

This has evolved over the decades, reflecting the changing face of Gauteng, and it is believed that at least 70% of our water is supplied to the urban domestic consumers that now dominate our market.

“For some time now, population growth has been slowing, and this trend is projected to continue.  This trend is recognized internationally in urbanizing populations. In SA, it is compounded by the impact of Aids on fertility and mortality rates,” said Rand Water.

Growth in demand in the short term is expected to be about 2.5% per annum, dropping to 2% per annum by 2020, and continuing to drop thereafter. Effective water demand management could reduce growth further.