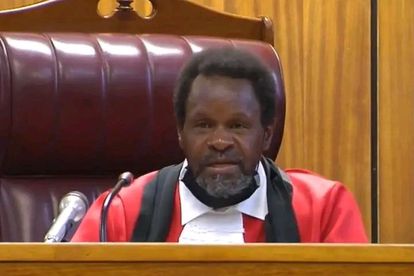 Presiding Judge in the trial of the five men accused of the murder of Senzo Meyiwa, Tshifhiwa Maumela, says he is concerned that they are dealing with too many side shows and not focusing on the murder of the Bafana Bafana goalkeeper.

This as State Prosecutor Advocate George Baloyi was busy with arguments as to why the state is opposing the application for a special entry to be made on record that it acted irregularly should be dismissed.

On Monday, 5 September, defence lawyer for accused 5, Advocate Zandile Mshololo made the application for a special entry and told the North Gauteng High Court that the State did not act accordingly by not disclosing the contents of the second docket before her client, Fishokuhle Ntuli pleaded.

Mshololo was of the opinion that Ntuli’s right to a free and fair trial was violated. She further said, had Ntuli been aware of the second docket he would have pleaded otherwise.

While Advocate Baloyi was making his arguments, Judge Maumela said that he has noted that they seem to be

He further called all legal representatives to his Chambers so they can discuss how they will move forward with the case while using the time wisely.

“We seem to be wasting time with the obvious. The issue is the second docket not being known to all parties concerned sooner rather than later.”

ALSO READ: EXPLAINER: Here’s what Adv Mshololo’s application for a special entry is about