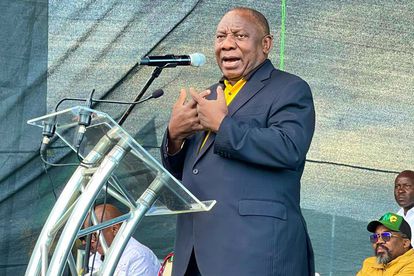 The report of the Section 89 Independent Panel looking into the Phala Phala Farm Gate robbery scandal involving President Cyril Ramaposa has found he has a case to answer.

Former State Security Agency boss Arthur Fraser opened a case of corruption, money laundering and defeating the ends of justice against Ramaphosa over the theft of $4 million at his Phala Phala farm in Limpopo in February 2022.

The money was stolen by a group of Namibian suspects while Ramaphosa was overseas, Fraser reported. However, the incident was allegedly covered up until the footage of the incident was leaked prompting an inquiry into the matter.

After deliberations on the matter, the Section 89 panel found Ramaphosa to have a case to answer.
The Report read:

Viewed as a whole, the information presented to the Panel, prima facie, establishes that:
263.1. There was a deliberate intention not to investigate the commission of the crimes committed at Phala Phala openly.
263.2. The misconduct based on violations of the provisions of section 96(2)(b) and the violation of section 34(1) of PRECCA were committed to keep the investigation a secret.
263.3. The request to the Namibian Police to “handle the matter with discretion” confirms this intention.
263.4. The President abused his position as Head of State to have the matter investigated and seeking the assistance of the Namibian President to apprehend a suspect.
263.5. There was more foreign currency concealed in the sofa than the amount reflected in the acknowledgement of receipt. This raises the source of the additional currency.

The report will be considered by the National Assembly at its plenary sitting scheduled for 6 December 2022.