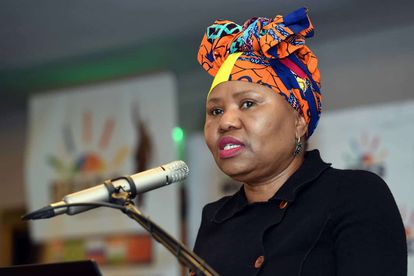 In a statement on its website, the Democratic Alliance (DA) on Sunday 16 February expressed its extreme concern at media reports indicating that the South African Post Office (Sapo) is experiencing grave financial difficulties and may be forced to close social grant cash distribution points.

A report on Sunday in the City Press, alleged that the Post Office has been losing money to run the social grants payments it took over from Cash Paymaster Services in 2018.

Lindiwe Zulu must report back to Parliament

“We will therefore write to the chairperson of Parliament’s portfolio committee on social development, requesting that the committee urgently requests [Social Development] Minister Lindiwe Zulu to look into the situation and report back to Parliament,” DA shadow minister of social development Bridget Masango said.

According to the DA, millions of South Africans are reliant on social grants to sustain themselves and their families. Moreover, many social grant recipients in rural areas had no means of accessing their grants other than through the cash distribution points. If Sapo planned to close some of these cash distribution points, vulnerable grant recipients could be left in the lurch, Masango said.

It is thus imperative that Zulu, as the minister responsible for social development, ascertain from the South African Social Security Agency (Sassa) and Sapo what the extent of Sapo’s financial difficulties were and what impact it was likely to have on the distribution of social grants to the most vulnerable South Africans.

“Sassa, Sapo, and minister Zulu must come clean if social grants are at risk. If Sapo becomes another failing state-owned entity and is no longer able to fulfil their contractual obligations in this regard, they – together with Sassa and minister Zulu – will have to put forward urgent contingency measures to ensure that no social grant recipient is left in the lurch.

“The DA believes that Parliament has an integral role to play in ensuring that government does not fail our most vulnerable citizens, and will continue to use this platform to hold government to account,” Masango said.

The blue party, however, is not without its own issues and concerns. In a letter to its employees, dated 11 February, the party explained that its federal council was undergoing a review process and would be “restructuring”.

This move could see the party cut down on jobs — the second time in six months. In September 2019, the official opposition party retrenched 51 employees after the poor election results.

DA federal finance chairperson Dion George told City Press that the party was working on finalising its new structure, after which it would be able to determine exactly how many employees would be axed.