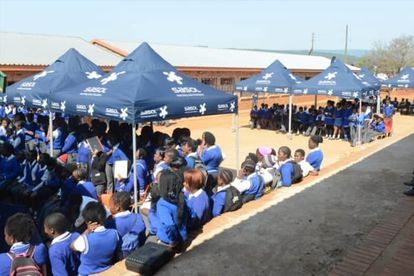 A Sasol strike looks to be on the cards as trade union Solidarity demands action over white people not being excluded. Sasol has recently launched a new empowerment program that will not include all employees.

The scheme, Sasol Khanyisa has caused Solidarity to finalise a mandate for a strike against the energy giant. Last month, the Commission for Conciliation, Mediation and Arbitration (CCMA) met with Sasol and the trade union over issues around the Broad-Based Black Economic Empowerment scheme.

The CCMA handed Solidarity a certificate of resolution. This means that the union can carry out a protected strike as long as it gives Sasol 48 hours notice.

Sasol Khanyisa was approved by Sasol shareholders. The union is yet to decide on a date for the strike but is asking workers to speak out against racial exclusion.

Sasol has vowed to keep up “open and honest” engagement with the union.

Read: Could another bus strike be on the way?

The company has described the new B-BBEE scheme as one of the company’s broader transformation strategy.

“We have taken these lessons on board and are confident that Sasol Khanyisa will lead to long-lasting, black ownership of Sasol,” Sasol said in a letter to employees.

“Unusual steps are required to address our unusual past. Transformation is far from complete and specifically targeting those that were previously disadvantaged remains a necessary, and regulated, objective for the country.”

Solidarity currently has 6300 workers at Sasol. The trade union says that if a strike does take place, Sasol has plans in place to make sure operations aren’t affected.