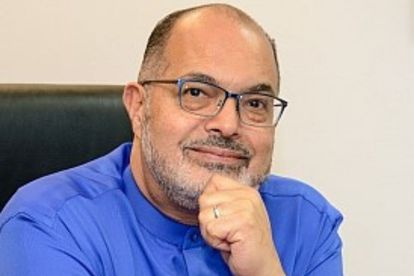 Kieswetter said these employees were paid to sit at their desks and do nothing.

SARS SENIOR EXECUTIVES PAID TO SIT AT THEIR DESKS

Kieswetter said when he first joined the entity, there were about 60 senior executives who had been referred to as ‘supernumeraries’.

He told City Press that there were literally people who earned more than R1 million annually who were not doing any work.

Kieswetter said when he joined SARS he interviewed every single one of them.

“These employees would come in, sit at their desks, and were not even part of any internal email groups. This would lead them to read the odd notice sent by SARS, catch up on the news and go to the mall.”

Kieswetter first joined SARS in 2004 as Deputy Commissioner under Pravin Gordhan. He then rejoined as Commissioner in May 2019.

SARS announced its preliminary revenue collection for the 2021-2022 financial year on Friday, 25 March.

Kieswetter remarked that the revenue service’s 25th year was a record-breaking one.

For the financial year ending on 31 March 2022, SARS collected a gross amount of R1884,9 billion – up from R1540,5 billion collected during the previous year.

In terms of tax refunds, R321,1 billion (R290,7bn in the previous year) was returned to taxpayers.

The net result is a collection of R1563,8 billion, which represents a surplus of R314 billion – 25 percent better than the previous year – and R16,7 billion better than the Budget Estimate.

“It should be noted that these are preliminary results, which will be subject to detailed financial reconciliation and a final audit,” said the revenue service.

“SARS collects tax revenue to serve a Higher Purpose, which is to enable government to build a capable state and strengthening the foundations of our democracy.”