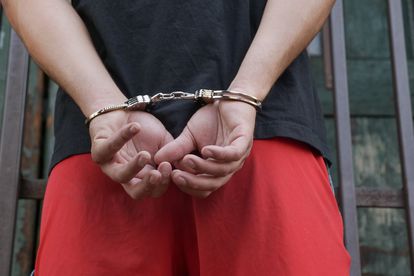 Members of the police from Carolina arrested four men aged between 18 and 30. Image: PEXELS

Members of the police from Carolina arrested four men aged between 18 and 30. Image: PEXELS

The South African Police Service’s (SAPS) Operation Okae Molao along with other crime-busting initiatives have yielded some results this weekend, as more than 1 200 people were arrested for various offences across the country.

According to Gauteng Police’s Lieutenant Colonel Mavela Masondo, more than 140 of those arrests were for gender-based violence, 70 for driving while under the influence of alcohol and 130 undocumented persons. Masondo says other suspects were handcuffed for crimes like murder, armed robbery, car hijacking and house robbery.

“Gauteng Provincial Commissioner, Lieutenant General Elias Mawela was joined by his deputies, the Executive Mayor of Emfuleni Councillor Sipho Radebe who was accompanied by Members of the Mayoral Committee, Department of Correctional Services, Department of Home Affairs, Gauteng Department of Community Safety and Community Police Forum as he lead Operation Kae Molao in Sedibeng District. During this operation, which included a roadblock, more than 167 suspects were arrested for crime that includes possession of unlicensed firearm, driving while under the influence of alcohol, possession of drugs and undocumented persons,” Masondo says.

The SAPS in Gauteng says 582 suspects were arrested in Ekurhuleni, for a string of offences including possession of dagga, dealing in drugs, theft, possession of unlicensed firearm, rape, assault with intent to cause grievous bodily harm, murder, driving while under the influence of alcohol and possession of suspected hijacked vehicle.

In Tshwane, authorities managed to pounce on 400 suspects, including those who had been on the run from the law and also recovered stolen vehicles.

“Law enforcement agencies in Tshwane District, including various units of SAPS, arrested over 400 people during multi-disciplinary operations that included Operation O Kae Molao. Two hundred and thirty-seven of these suspects were arrested by the detectives following the tracing of wanted suspects on Saturday night. Furthermore, police in Tshwane recovered seven vehicles that were reportedly stolen and hijacked around Gauteng.”

In addition, 121 suspests in the West Rand were also arrested for a number of crimes. Police also managed to raid and close illegal liquor outlets and trace wanted suspects.

“More than 76 suspects were nabbed by the police in Johannesburg District for committing crimes that include possession of stolen vehicle, assault with the internet to cause grievous bodily harm, possession of drugs, dealing in liquor without a license, driving while under the influence of alcohol and robbery. Some of the suspects were released after paying admission of guilty fine while others will appear before different Magistrates’ courts in Gauteng on Monday, 28 February 2022,” Masondo added.