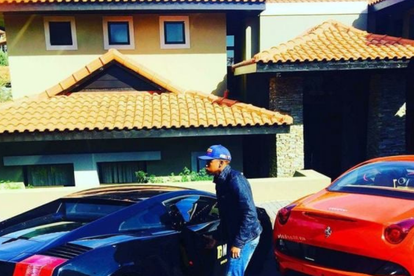 South African Police Service (SAPS) has arrested Sandile Shezi after the Bitcoin trader become a wanted man for various fraud charges. The 23-year-old is set to appear in court on Thursday 21 October.

As The South African reported last week on 12 October, police confirmed they were on Shezi’s heels for allegedly scamming a business partner of R500,000.

With his lawyers in tow, the Durban-born hustler handed himself over to police on Wednesday after getting accused of stealing R500 000 from his business associate and shareholder in their company named Global Forex Institute [GFI]. According to the company’s explained business goal, GFI exists to guide people towards building their own trading platforms.

“I can confirm that he has been arrested. He will appear in Randburg magistrate’s court tomorrow [Thursday] on charges of fraud,” SAPS spokesperson Capt Mavela Masondo said.

As with many other alleged crimes that involve a number of people, you find additional claims from victims that are yet to press formal charges against a given suspect.

For Shezi, it is three claimants from Limpopo. A school principal claims Shezi owes him R1.2 million, another victim named Allan Ledwaba claims Shezi used to lead lectures on Forex trading for which he charged no less than R10 000.

“His seminars were always packed. At some point, there were more than 1 000 people in one of his seminars … He showed me his trading accounts, which [showed that they] had more than $6 million [R89 million] in them,” Ledwaba said.

“He was driving Lamborghinis and Ferraris, which any youngster like me would be attracted to”

The third allegation is from another former school headmaster who claims to have invested a total of R1.3 million in Shezi’s business ventures. The victim claims to have used his pension money to forward payments of R100 000, R200 000, and R1 million between 2018 and 2019.

“I invested R1 million in 2019. He used to send us dividends every month, but, at the end of the year, he started saying business was hard and he was struggling to invest,” the principal said.