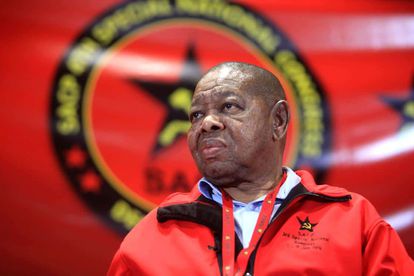 The South African Communist Party (SACP) reckons the United States (US) and military alliance Nato should be blamed for Russia’s attacks on its neighbour Ukraine – and not the Kremlin.

It has been more than a month since Russian President Vladimir Putin launched an offensive on neighbouring Ukraine, sending hundreds of thousands of troops to attack key structures.

The situation has evolved into a humanitarian crisis as more than 3.5 million people were forced to flee their homes for neighbouring countries. There is now more outrage as shocking images have been doing the rounds on social media, showing the bodies of Ukrainian civilians believed to have been killed by Russian troops, in and around the capital Kyiv.

YOU CAN ALSO READ: ‘Wrong side of history’: DA slams SA on abstaining from suspending Russia on UNHRC

SACP General Secretary Blade Nzimande says while they do not support wars, Russia’s invasion in Ukraine is justifiable.

Speaking at the 9th provincial congress of the SACP in the North West, Nzimande says they support the South African government’s call for dialogue in ending the conflict between both countries.

“The primary cause of the conflict is the United States and NATO, and not Russia. The solution to this is not sanctions upon Russia and so on. It’s a mediation and negotiated settlement and for NATO to agree it’s not going to move one inch further towards the Russian border.”

South Africa was one of 58 member states which abstained from a UN vote, held on Thursday, 7 April 2022 – 93 countries voted in favour of suspending Russia from the UNHRC, while 24 were against. There are 193 member states in the UN General Assembly. Government’s stance on the crisis has been widely criticised.