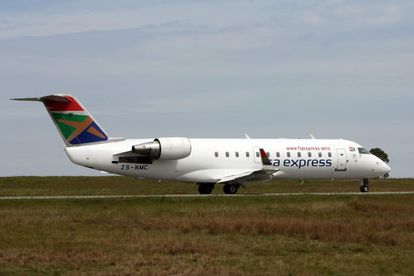 Airports Company South Africa (ACSA) confirmed it had suspended state-owned airline SA Express from landing and taking off from its runways as a result of non-payment of airport fees.

ACSA said in a statement that confidentiality prevented it from disclosing exactly how much SA Express owed it.

However, its executives had been meeting with the airline’s executives to get them to settle for several months the outstanding payment for passenger service charges, landing, and parking fees.

The airline in a media release had accused ACSA of reneging on an agreement reached in a meeting earlier in the week for flights to resume.

ACSA disputed this, saying SA Express did not hold up to its end of the deal.

“Unfortunately, these conditions were not met and the suspension of SA Express remains in place.”

“Airports Company South Africa regrets that this decision became necessary to ensure fairness to all airlines.”

The latest debacle involving the cash-strapped airline has led to renewed calls for SA Express to be closed down after Finance Minister Tito Mboweni reportedly refused another bailout.

The airline’s latest financial woes follow damning testimony before the Zondo commission of inquiry into state capture, which heard that millions were siphoned from SA Express for the benefit of senior ANC officials.

The testimony of Babadi Tlatsana, Owner of Koreneka Trading and Projects, implicated two government ministers in the alleged looting.

Her company was awarded the tender to operate ground-handling services for SA Express at two North West airports but claims her business was hijacked and used to launder money.

She has fled the country in fear for her life after giving testimony.

“He was advised by his client that out of fear for her safety after her testimony to this commission, she decided to remove herself from the territorial limits of the Republic of South Africa after having testified before the commission,” Hofmeyer said, according to Eye Witness News.