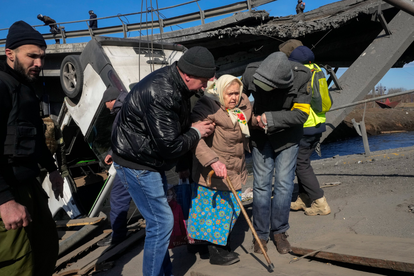 The Embassy for Russia in SA has denied an invasion in Ukraine. Image: U.S. Embassy Kyiv/ Twitter

The Embassy for Russia in SA has denied an invasion in Ukraine. Image: U.S. Embassy Kyiv/ Twitter

Alexander Arefiev, press attaché for the Russian Embassy in South Africa, has denied that Russia has invaded Ukraine despite the ongoing conflict.

Arefiev has accused the Ukraine of attacking civilians in the Donbass region and claims that Russia was approached by Donetsk and Luhansk for help. Interestingly, the Russian official claims that Nato and Europe had both allegedly turned a blind eye to the situation in the region.

Russia had no choice but to intervene

Furthermore, the Russian Embassy in South Africa says that the Kremlin had little option to intervene in what it has described as a ‘little genocide’.

In line with this, Arefiev denies that the conflict is a Russian invasion and insists that the attack on Ukraine was a last resort.

“This is a special military operation with certain objectives as the Kiev regime has continued killing its own citizens including Russian citizens in the region. Russia had to intervene as this was the last resort.”

The Russian official claims that this regime had continued to kill citizens with the ‘full support of the West’.

“This is a special military operation, neutralisation and demilitarisation. The Kyiv regime, apparently with impunity and the full support of the West, has continued to kill its own citizens, including Russian citizens that are located in the Donbass region,”

The situation in the Ukraine remains dire with over two million residents having fled the country and high casualty figures, including children, rising.

During a recent interview, Arefiev explained that the conflict will be resolved as it cannot continue forever. Furthermore, it is important to understand that it is a criminal offence in Russia to refer to the conflict as a war.

This would presumably muzzle any official from declaring the situation is indeed of this nature, despite clear evidence to the contrary.