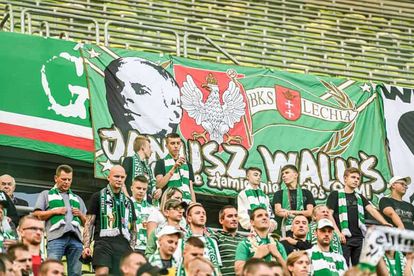 Janusz Walus, the right-wing Polish citizen who is serving a life sentence for the 1993 murder of Chris Hani, is being idolised by ultra-conservative soccer fans in Poland, according to a BBC report.

The recently published article – written by Dickens Olewe, a Kenyan journalist currently working for the BBC in London – says fans at stadiums can sometimes be seen with banners and scarves that pay homage to Walus, who hoped to start a race war in South Africa by assassinating Hani shortly before the country’s first democratic elections.

Some fans are seen wearing scarves that have the hashtag #StayStrongBrother printed on them and Walus is sometimes glorified in pictures and videos posted online.

There have even been scarves, a T-shirt, and a sticker bearing the name and image of Janusz Walus that were sold online via OLX’s Polish website. These items were apparently removed once OLX became aware of them.

It is unclear how Walus became a symbol for young Polish nationalists and fascists, but about 10 years ago he started receiving letters from supporters in Poland, journalist Cezary Lazarewicz, who interviewed Walus for his book, told the BBC for the article.

“They wrote to him that they admired him because he tried to stop communism in South Africa, that he is the great hope of the white race,” Lazarewicz is quoted as saying.

There is also a song dedicated to Walus which includes the lyrics: “A few men could ever take the step you did, to enter the path of glory and victory”.

“The fans are not calling on Walus’ release on humanitarian grounds, but they are glorifying what he did and the ideology,” Dr Rafal Pankowski, from Never Again association, an anti-racist group, told the BBC.

The song, which is sung in English, is “a good example of the internationalisation of contemporary white nationalism,” he added.

“Promoting fascism or racial hatred is prohibited by the Polish law, but the implementation of the law is notoriously weak,” Pankowski said.

The BBC reports that in a meeting with Hani’s daughter, Lindiwe, Walus expressed regret for killing her father, but did not regret killing a communist leader.

“This could explain why Walus has become an icon of white supremacist groups,” the BBC article said.

“So even as his supporters call for his freedom in football games in Poland, it’s their shared allegiance to a racist ideology that will block any chance of parole and confine him to prison for the rest of his life.”