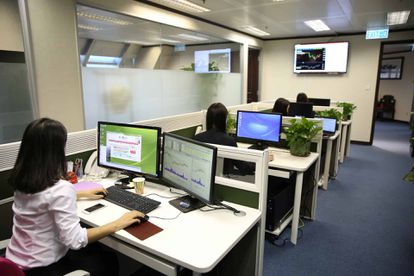 A report released by PricewaterhouseCoopers (PwC) has suggested that while some of South Africa’s top companies have begun to embrace responsible remuneration packages, more needs to be done.

South Africa’s top companies are starting to embrace fair and responsible remuneration and some have even adopted a living wage that goes beyond the national minimum wage, but more should be done to increase awareness on a national scale, according to PwC.

In the report, PwC said while South African remuneration committee chairs were coming to terms with investor expectations around shareholder engagement and regular training, there was still some way to go before committees were fully equipped and able to execute their duties in line with best practice.

It said some companies on the Johannesburg Stock Exchange’s (JSE) top 40 list had begun to embrace the concept of a living wage and the provision of essential benefits as part of the employee value proposition, but added:

“More needs to be done to fully realise the ideals of fair and responsible remuneration in South Africa.”

Its report showed that only 3.3 percent of chief executives on the JSE during the period under review were women.

In all the sectors, female executive directors were paid less than men, with the largest pay gaps being in healthcare at 28.1 percent, the consumer discretionary sector at 25.1, technology at 22.9 percent and financials at 21.8 percent.

“To bring about real change, companies should not address gender parity and diversity concerns merely to appease individuals or organisations, but should rather treat these initiatives as being essential components in their long-term success,” senior manager and editor of the PwC report Anelisa Keke said.