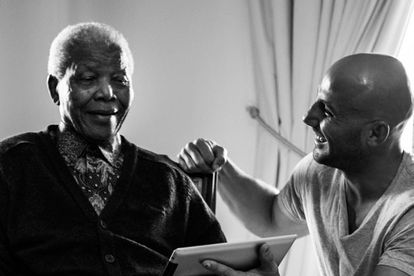 Nelson Mandela, a monumental figure who was, and is, revered by many, touched billions around the globe with his compassion, honesty, integrity, tolerance and empathy. When he died the world went into mourning and there was a dreaded sense that one of the last men who stood for peace, justice and equality had been returned to the earth.

Condolences poured in from around the world. Dignitaries and diplomats, prime ministers and presidents, lords and ladies, domestic workers and teachers, lawyers and children came together to grieve and pay respects to the most admired and respected of all world leaders of the 20th century.

This year, 2014, will mark half a century since this unwavering activist stood on trial for his opposition to apartheid. Facing the very real prospect of execution he delivered his famous Rivonia Trial speech in which he declared he would prefer to live, but was also prepared to die for a free South Africa. It is also a year since the great icon passed and the world tried to make sense of the loss and reshape their realities.

“During my lifetime I have dedicated my life to this struggle of the African people. I have fought against white domination, and I have fought against black domination. I have cherished the ideal of a democratic and free society in which all persons will live together in harmony and with equal opportunities. It is an ideal for which I hope to live for and to see realised. But, My Lord, if it needs be, it is an ideal for which I am prepared to die.”

Inspired by the life of Nelson Mandela, 21 Icons, a visual celebration of the lives of men and women who have carved pivotal moments in our nation’s progress  and our new democracy, and it tells the stories of people who have continued his legacy – whose lives have made the world a better place. The project seeks to celebrate those who have achieved success and widespread recognition, as well as individuals whose work has been conducted without prior acclaim.

After spending 27 years in apartheid’s prisons, Mandela became South Africa’s first democratically elected president in 1994. He united a fraught and fearful country, bringing together blacks and whites when South Africa was living through violent and troubled times.

When Nelson Mandela stood on the steps of the Union Buildings on 10 May 1994, South Africa was a divided, scared and angry country. Instead of seeking revenge for his years in prison and the oppression of his people, he extended his hand and began the journey of uniting this diverse country into a rainbow nation. Through sheer strength of character and the warmth of his personality he took the country from the brink of war to the blossoming of hope.

What is most notably remembered by many was his generosity of his time with people. Everyone wanted to meet him, even for just a snatch of conversation or a handshake. Many sought a philosophical conversation or a stirring debate. And he generously gave attention to many.

Mandela was a man of wisdom and insight and he strove to inspire citizens to become the leaders of tomorrow. He believed education was the most powerful weapon to change the world and was steadfast in his intolerance of racism.

“No one is born hating another person because of the colour of his skin, or his background, or his religion. People must learn to hate, and if they can learn to hate, they can be taught to love, for love comes more naturally to the human heart than its opposite.”

At the end of his presidency he continued to work for a better South Africa, mainly through his many foundations.

In his autobiography Memoirs, fellow 21 Icon Ahmed Kathrada recounted that he and Mandela affectionately called one another madala, isiZulu for old man.

“Charming and charismatic, he has both a magnetic personality and a commanding presence,” Kathrada wrote.

“An uncommon amalgam of peasant and aristocrat, he is a living paradox: a democrat par excellence, with just a touch of the autocrat; at once proud but simple; soft yet tenacious; obstinate and flexible; vain one moment and humble the next; infinitely tolerant but also impatient.”

Indeed, he is missed, but his legacy lives on.

It was his admiration for Madiba that inspired Adrian Steirn to create 21 ICONS South Africa,

“I set out to meet and photograph Nelson Mandela. And when that happened it changed my life,” he says. Steirn formed a relationship with the Mandela family that led to him being invited to photograph the statesman on both his 93rd and 94th birthdays at his home in Qunu. “To spend time with him and his family was amazing. To be there and absorb it all and to get an understanding of the love, the dynamics that goes on, was incredibly intimate.”

From these meetings poured the inspiration for celebrating Madiba and all the other icons in South Africa who have shaped the county. It was important for Steirn to bring the message across that Madiba may be the most revered icon, but that he had not acted alone.

Madiba always recognised that he could put his remarkable legacy and people’s admiration for him to good use to make things better for the poor, the marginalised, the oppressed.

The resulting portrait shows Mandela’s image reflected in the mirror — looking at us as we look at him.

“Nelson Mandela has come to symbolise hope for many South Africans. He is a man whose life and principles have captured the imagination of the world. I wanted to shoot a portrait that reflected his legacy — a legacy that we can all carry into the future by sharing his integrity and belief that a bright future lies ahead,” says Steirn. “I asked Madiba to hold the mirror and look into it as if reflecting on his life. And when you look at the portrait, I hope the viewer is prompted to reflect on his legacy and on our future.”

Mandela’s last portrait features among photographs of South Africa’s giants in the 21 Icons book. The book is a culmination of years of work, all folded into a repository of South African culture and history. It can be purchased at www.Kalahari.com

In a short film on Madiba, 21 Icons takes an exclusive journey with Adrian Steirn to the late Nelson Mandela’s home in Qunu, Eastern Cape, and experiences the warmth and intimacy that permeated the atmosphere during the portrait shoot. We also hear what others have to say about the greatest icon of them all.

Watch 21 Icons short film on Madiba with behind the scenes footage of Mandela’s last portrait: