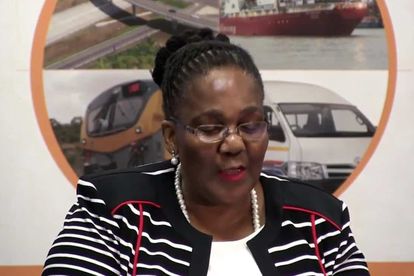 A few weeks back PRASA CEO Collins Letsoalo found himself in a media storm after it was revealed he had increased his own salary by a whopping 350%. He later said that increase was “offered to him,” but before he could say anything else, he was fired from his position.

In the weeks since, Minister of Transport Dipuo Peters has recalled the entire PRASA board, a move that has caused its own outrage. Some board members were said to be investigating corruption in the organisation, now that they’re gone the investigation is effectively at a standstill. In the last few days though, the minister has come out in defence of the former acting PRASA CEO.

Read: Minister fired Prasa board to prevent it from investigating corruption, Molefe

In Peter’s affidavit to the Pretoria High Court, she voiced her support for Letsoalo’s pay hike. The minister claims that some employees reporting to him were earning over R4-million a year. Surprise surprise though, there appears to be a lot of contradictions going on here…

Last year in July, Peters signed his secondment letter which said Letsoalo’s rank, salary and seniority date “remains unchanged.” Whereas in this weeks affidavit, Peters claims that Letsoalo’s R5.9 million he would have earned per year, was applicable to the position at the time of his appointment. As to standard company earning policy? The minister had a whole host of excuses for that. The agency’s remuneration policy states that only a 12% of total package allowance can be granted, the minister says this didn’t apply to Letsoalo because he wasn’t a permanent PRASA employee.

“Indeed, it would have been anomalous for Mr Letsoalo to continue earning an amount of R1.3-million [a year] when his immediate subordinates at Prasa were earning upwards of R4-million.”

So what next? Letsoalo has returned to his other official position as CFO in the Department of Transport, it also appears he still “believes” he holds the acting CEO position at PRASA. In short, PRASA is even more of a mess right now than usual.