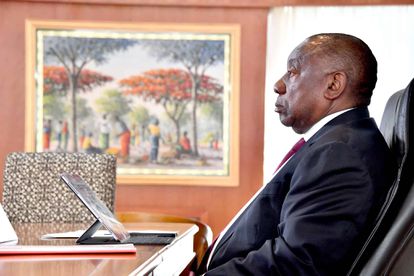 There’s a fairly strong case to say that this year will go down as one of the most miserable in history. The worst pandemic for a century poses an enormous recovery challenge for every country in the world. But for President Cyril Ramaphosa, South Africa’s problems don’t just begin and end with coronavirus. The haunting spectres of a broken economy, an unequal society, and gender-based violence were here long beforehand.

It is the latter issue which has taken centre stage this month. A wave of femicides were reported in this country over the past two weeks, with the crimes knowing no bounds in their depravity. At this rate, gender-based violence will outlast the lifespan of COVID-19. That, perhaps, best summarises what a genuinely terrifying threat GBV is to our culture – and our future as a nation.

Ramaphosa has vowed a number of interventions to stop the scourge. But specialist task-teams and a cool R1 billion spent directly on stopping these abusive criminals haven’t done much to stem the tide. So now, we have a president with one bargaining tool left – he’s relying on the youth of the nation to play their part:

“While this needs society-wide action, I call on young men, in particular, to take up the struggle against gender-based violence. Unless we end the war being waged on South African women, the dream of a new society will remain elusive. Just as the youth of yesteryear defined their mission, today’s youth have theirs.”

“The South African youth of 2020 more than meet the high standard set by their predecessors. They are optimistic, resilient, and courageous, often in the face of harsh circumstances. They are a source of inspiration and hope. Through their actions, they are building a world that is more just, equal, sustainable, and at peace.”

How can South Africa fix its GBV problem?

Of course, Ramaphosa isn’t washing his hands of the issue. But the president states that our younger citizens are in the best position to stamp-out gender-based violence. Cyril says that our new generation has ‘a set of vital tools’ which can be used to prevent GBV – this, the president believes, is Mzansi’s secret weapon.

“Like all South Africans, I have been deeply disturbed by a surge over the last few days in the murder of young women at the hands of men. These are shocking acts of inhumanity that have no place in our society.”

“Youth-led activism, awareness-raising, and peer counselling are vital tools in our efforts to eradicate gender-based violence. At the same time, we must strengthen our justice system, ensuring that perpetrators are brought to book, bail conditions are tightened and that those sentenced to life spend their lives behind bars.”

While this needs society-wide action, I call on young men in particular to take up the struggle against gender-based violence. Unless we end the war that is being waged against South African women, the dream of a new society will remain elusive. https://t.co/hRu0oQ2ext pic.twitter.com/A3otJdbb44