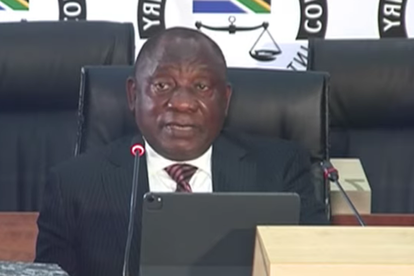 President Cyril Ramaphosa on Wednesday 28 April 2021 admitted at the State Capture Inquiry to bypassing the deployment committee when making appointments. Needless to say, this sparked an uproar on social media.

Ramaphosa faced a fierce line of questioning on cadre deployment, with Judge Zondo highlighting the case of a “Black candidate who had been recommended by the board of Transnet, who was seen as a credible candidate”.

“There were reports of criticism of why Mr Siyabonga Gama, who was recommended, was not appointed. Minister Mantashe wasn’t aware of the candidate, and was looking at the issue of Black managers being given opportunities”.

President Ramaphosa admitted that Gama would have been seen a capable candidate, but added that he was “certainly was not a member of the deployment committee”, nor was he an official.

‘We need to consider diversity’

He attested to there being a concerted move to “ensure they do have as many Black CEO leaders as possible, taking into account the diversity we need to observe in our state-owned enterprises.

“That does not come as a surprise. It is very consistent with the approach that we currently have. We need to consider diversity. The need for diversity is so important. There are many in our ranks who feel quite strongly about it. […] We should have the majority of leaders of our SOE as Black Africa, but we should also ensure there is balance”.

He added that the country is not only populated by Black Africans and the policy calls for diversity first. “That diversity will at times bring in people who are not Black,” Ramaphosa added.

Patronage within the ANC

When asked what patronage means, Ramaphosa responded that it would be appointing someone who wasn’t an ideal fit for the position, “who was put in a position to advance certain sectional interests”.

Someone you know will never really be able to execute the task properly, or someone who was appointed in return for some other favour or process that needs to be met. That is patronage. It goes against the grain of what we want to achieve”.

He explained that government wants people “fit for purpose who are able to execute the task and who are appointed without having some interest in mind which are sectional or factional”.

Needless to say, South Africans took to social media after Ramaphosa admitted to bypassing protocol for new appointments. One user said it might not have been intentional, but asked whether Ramaphosa “did it with first-hand knowledge of it when he was deputy president”. The user added:

In addition, Shadow Minister for Trade & Industry, Dean Macpherson tweeted: “I wonder if Cyril Ramaphosa could give a single example of one person who the ANC deployment committee recommended and then did not get the job”.