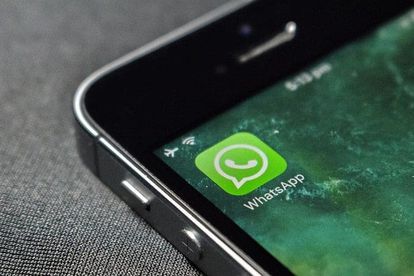 A man is in court for an apparently racism fuelled murder after an alleged racist remark on a whites only What’sApp Group. Photo: File Pic

A man is in court for an apparently racism fuelled murder after an alleged racist remark on a whites only What’sApp Group. Photo: File Pic

A Sinoville man who is facing an apparently racism fuelled murder charge after allegedly killing a neighbour and calling black people “pigs” was denied bail in the Pretoria North Magistrates Court on Friday.

Coetzee has been charged with the murder of Themba Thabethe.

“It is alleged that Thabethe and Coetzee stayed in the same complex and belonged to a WhatsApp group that was created for all residents of the complex,” Mahanjana said.

“However, a second WhatsApp group was created with white residents only. It is alleged a message was sent in the whites only WhatsApp group, referring to black residents as pigs and that Thabethe was corrupt,” she said.

Mahanjana said that the message had leaked and came to Thabethe’s attention. She said when Thabethe came home from work on 26 April 2021 he had stood at Coetzee’s gate and confronted his wife about the alleged message.

“It is alleged that Coetzee came out of the house with the knife and stabbed Thabethe. The complex security personnel rushed Thabethe to hospital,” Mahanjana said.

The matter was postponed to 20 July 2021 for further investigation.