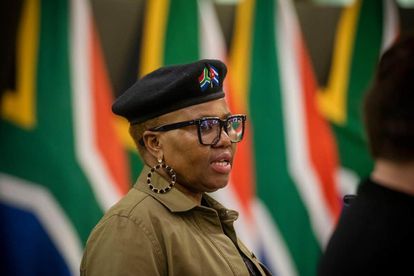 The Democratic Alliance (DA) released a statement on Monday, saying that Minister of Social Development Lindiwe Zulu, should take the time to apologise to millions of South African citizens who did not receive the R350 SRD grants and then resign with immediate effect.

In the latest social grant news, SASSA said it would be making double payments for outstanding June and July accounts.

Zulu is expected to deliver her Executive statement regarding the R350 SRD grants on Thursday before Parliament.

“Minister Zulu should make the most of this opportunity, and use the Executive Statement to say the only two things,” said DA Shadow Minister of Social Development Bridget Masango.

Masango, in no uncertain terms, said Zulu and the Department of Social Development will have blood on their hands.

“Due to her hubris, whole families are going to bed with empty stomachs night after night, and awaking with no hope in sight every morning. Can the Minister even imagine how hopeless a loving parent must feel facing their crying child?” asked Masango.

“Many South Africans already had the odds stacked against them. And instead of trying to alleviate their stress, the Minister made it more difficult for them. She dangled the false hope of R350 – put just out of reach for many because of the continued failings of her department,” she added.

The DA said Zulu should apologise in person to each and every one of the millions of hungry people who did not receive relief by means of the R350 SRD grants.

“There is nothing the Minister could possibly say that would excuse her actions, and the only way to end the suffering would be to put a competent Minister in charge of such a vital department,” added Masango.

The DA said Zulu’s decisions left the elderly, those with disabilities and mothers and their young children, desperate for an outcome while they were forced to queue in the cold and wet outside under capacitated SASSA offices.

The DA said Zulu has proven through her actions that she does not care about helping those who fall under her mandate by supplying them with the R350 SRD grants.

“What the Minister fails to realise – or maybe she doesn’t care – is that she’s, in fact, stepping on the most vulnerable in society in her bid for power,” said Masango.

“Minister Zulu’s callous actions have proven her incapable of any position in Cabinet. The purpose of Parliament has always been to serve. Not to be served. Unless, in her case, it’s to be served with a notice of dismissal,” she added.