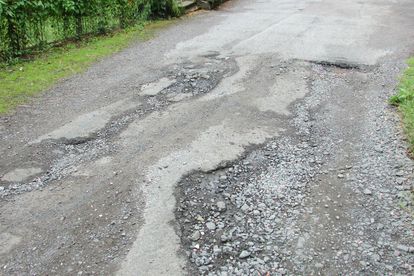 The DA in the Free State is concerned about the state of repair of the R30 Allanridge Road. Photo: Pixabay.

The DA in the Free State is concerned about the state of repair of the R30 Allanridge Road. Photo: Pixabay.

The Democratic Alliance in the Free State described the R30 Allanridge road as a “valley of death” on Tuesday, 6 September, as dozens of people have died while travelling on the route.

MORE ON THIS: Top 10 most dangerous roads in South Africa

The DA said the Department of Police Roads and Transport, the Free State Premier and various MECs visited the site and promised to improve it’s quality months ago.

“To date, 33 people have tragically lost their lives travelling on this notoriously dangerous road. This road has been a cause for concern for road users for more than a year.

“The department committed to the speedy repair of this road but, to date, Free State road users are still awaiting the outcome of this commitment,” said Karabo Khakhau, the DA Spokesperson for Roads in the Free State Legislature.

According to the opposition party, the R30 Allanridge is not included in the Department’s budget for 2022/23 financial year and it is also not featured as one of the sites that will be fixed by the Vala Zonke Pothole Filling Campaign.

The Department reportedly said, “we are working on a plan to fix this road” in a Portfolio Committee meeting in the Free State Legislature last week when the DA asked about the status of the commitment.

The opposition party said people are dying while the provincial government works on a plan to fix the R30. “These lives are not mere body counts or statistics for reference. They are lives of children, mothers, fathers, loved ones and community members,” said the DA.