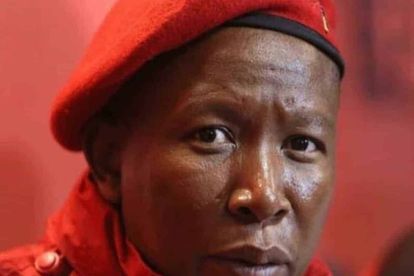 Hours after Judge Sulet Potterill laid into the Public Protector’s report on Public Enterprises Minister, Pravin Gordhan, the EFF, as expected, has issued a notice of intention to appeal the ruling.

On Monday morning, the North Gauteng High Court, after much deliberation, suspended the remedial action outlined by Busisiwe Mkhwebane on her report.

Mkhwebane’s report found that Gordhan had contravened the Executive Members Ethics Code when he told Parliament that he had never met the Gupta family. She also found that the minister played a crucial role in the formation of the infamous Sars rogue unit.

Why the Public Protector lost against Gordhan in court

Judge Potterill described the report of the Public Protector, and the subsequent remedial orders, as vague and nonsensical. She ruled that:

EFF calls for an appeal in the ruling

The office of the Public Protector, in response to the ruling, noted that they will review Judge Potterill’s findings and act once Mkhwebane has read the lengthy statement from the judge.

However, things have moved quickly over at the EFF’s headquarters. The Red Berets issued a scathing statement, lambasting Judge Potterill as biased and noting that they intended to appeal her decision.

“We are not surprised by this decision, which is why we had already declared on the day of the proceedings, that we shall be going to the Constitutional Court. This is because we had realised how visibly irritated Judge Sulet Potterill was when the black lawyers who were exclusively arguing against the exclusively white lawyers of Gordhan, Ramaphosa, and all who wanted the interdict,” the statement read.

The party continued lambasting the judge for apparently basing her findings on race and not facts, vowing to continue fighting until the bitter end.

EFF Will Appeal The Interdict Granted To Gordhan Against The Office Of The Public Protector. pic.twitter.com/519M6FB3bu

Freedom Front Plus (FF Plus), Pieter Groenewald, called for the immediate dismissal of Mkhwebane, as the ruling “is further proof that the PP is not doing her job properly.”

Groenewald warned that Mkhwebane’s embarrassing behaviour creates the impression that she is merely aiding the brewing factionalism within the ANC instead of doing her job.

“The PP must stop wasting taxpayers’ money. She obviously failed to follow the basic legal principles, like allowing the other side to state its case, as she did not grant Gordhan an opportunity to respond.

“If a jurist who fills serves in a high office does not even understand and apply the most basic legal principles, that person should not be holding that office and should resign immediately,” he said