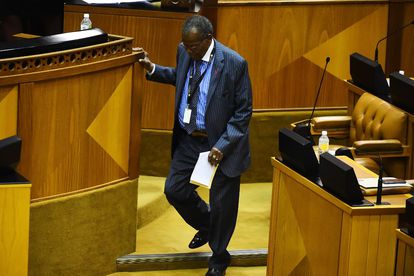 The oldest member of the Parliament of the Republic of South Africa, Mangosuthu Buthelezi at 91. Photo: Phando Jikelo / African News Agency(ANA)

The oldest member of the Parliament of the Republic of South Africa, Mangosuthu Buthelezi at 91. Photo: Phando Jikelo / African News Agency(ANA)

Outgoing Inkatha Freedom Party (IFP) leader Prince Mangosuthu Buthelezi ended his 44-year reign in charge of the political party by telling delegates gathered at its national elective conference that the decision should not be considered a big deal.

The end of a four-decade long era

The revelation instantly makes this elective conference one of the most important in the history of the IFP as it will be the first time it will be electing a new leader.

“This has been accompanied by unprecedented hype and speculation. Because in this conference, Buthelezi will step down. This moment was planned a long time ago,” he said.

Buthelezi has been in charge of the fourth biggest political party for 44 years since its inception way back in Ulundi in 1975.

Recent gains of the IFP in the general elections

There is an element of ‘quitting while he is ahead’, with the IFP performing impressively well at the most recent general election. The party managed to grow its support to 3.38% of the vote and earn 14 seats in the National Assembly.

Additionally, they were also able to reprise the role of the official opposition in its home province of KwaZulu-Natal after claiming 14.58% of the votes in that region and earning six seats in the provincial legislature.

At 91 years old, Buthelezi probably does not need too much convincing to step down but the fact that the party is on an upward trend will allow him to rest all the easier once the move becomes final.

Buthelezi ready to step aside

However, regardless of whether party supporters agree with the decision or not, Buthelezi urged everyone not to give more significance to the moment that was necessary, because change is inevitable but the party’s goals and ambition will maintain.

“This is a significant moment, but it is far less sensational than many seem to think. The IFP has been in a time of transition since 2012,” Buthelezi told the conference.

“It is simply the last step in a very public journey. I understand, however, why it feels like such a big moment. The story of the IFP is deeply intertwined with my own story; the story of Buthelezi.

“I have served this party for 44 years, since its founding in 1975. Yet I have never served alone. This party is bigger than Buthelezi. It has a future beyond my own.”

Buthelezi’s term will officially come to an end after 44 years at the helm when the conference concludes on Sunday and it is wildly expected that his successor will be announced at that time.