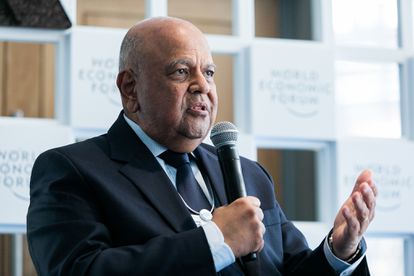 A lot of mud has been thrown at Pravin Gordhan over the last few years. He has felt the wrath of both pro-Zuma forces with the ANC, and he remains the EFF’s most prominent nemesis. However, these latest set of accusations do not come from his political rivals – but rather, a team of investigators looking into economic crimes and the situation in Yemen.

The Middle-Eastern country has been decimated by an ongoing conflict in the region, after clashing with the respective mights of Saudi Arabia and UAE. The devastation has left 80% of citizens in Yemen requiring ‘humanitarian aid’ to survive. And, according to Open Secrets, there’s might be a trail leading from this war back to South Africa.

The group says they have uncovered evidence of ‘billion-rand sales’ to both the Saudis and the Emiratis, including mortar shells and armoured combat vehicles. These weapons of war may now land Pravin Gordhan in some serious trouble, given that Denel – responsible for manufacturing the items – falls under his Public Enterprises portfolio.

The Minister of War Crimes? Here’s what is behind the Pravin Gordhan allegations

For the DA, the report is very much a literal smoking gun that ties Pravin Gordhan AND Denel to one of the most brutal ongoing conflicts in the world. Michele Clarke, the party’s shadow minister for Public Enterprises, confirmed that the opposition would now push for a Parliamentary inquiry into any possible South African involvement:

“The DA will write to the Chairperson of the Portfolio Committee on Public Enterprises to request that Pravin Gordhan appear before Parliament to answer for the role of Rheinmetall Denel Munition (RDM) in the civil war in Yemen.”

“In a recent report by Open Secrets, titled ‘Profiting from Misery – South Africa’s war crimes in Yemen‘, it was revealed that RDM might have profited off the Yemeni humanitarian crisis by the sale of weapons to parties central in the conflict.”