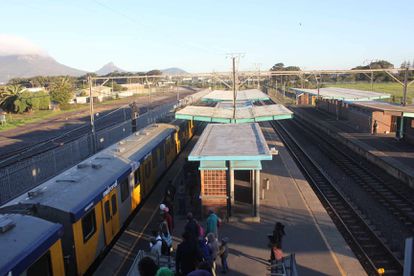 Prasa ordered to reinstate security manager after CCMA finds his dismissal to be unfair. / Image: facebook.com/unitebehind

Prasa ordered to reinstate security manager after CCMA finds his dismissal to be unfair. / Image: facebook.com/unitebehind

The Passenger Rail Agency of South Africa (Prasa) has been ordered to reinstate Western Cape Regional Security Manager, Ernest Hendricks by no later than 20 November 2019, after it was found that he was unfairly dismissed.

According to GroundUp, there was a ruling by the Commission for Conciliation, Mediation and Arbitration (CCMA) on Wednesday 6 November 2019, where commissioner, Elridge Edwards, found Hendricks’s suspension to be unfair.

Hendricks kept to his duties

Hendricks’ was suspended on 25 April 2019 after two trains were torched at Cape Town Station over the Easter Weekend. The damage caused by the blaze cost the rail agency R33 m. A suspect was arrested and appeared in court.

Hendricks had written to Tiro Holele, an executive in the Prasa Head Office in Pretoria, describing the breakdown of security on Cape Town’s central railway line which cost Prasa R100 million in one year.

In the leaked letter, dated 31 May 2017, Hendricks stated that “it is a known fact that 80% of our [Metrorail security] staff are not PSIRA registered due to service providers who trained our staff and have failed to register the staff after completion of the training they conducted.”

Hendricks’s letter also stated that many of the security staff could not be registered with the Private Security Industry Regulatory Authority (Prasa) because of their criminal records. Hendricks said that Metrorail had promised to assist in getting their records expunged but it never happened.

According to Prasa, Hendricks’ suspension was only meant to last for 30 days, unless the matter was complex and needed further investigation. Hendricks argued that his suspension was unfair because it had been longer than the prescribed period and was done without the permission of Prasa’s CEO.

Benefits and Payroll manager, Mark Horn, who had also been acting HR manager, told the CCMA that Hendricks’s suspension was necessary because “he could have influenced witnesses or tampered with evidence” during the forensic investigation.

Horn, however, revealed during questioning by Hendricks’s lawyer that Prasa had not done investigations into the six trains that were burnt during Hendricks’s suspension. Horn told the CCMA that those six trains were in transit whereas the two torched over Easter were at the station.

In his ruling on 6 November, Edwards found that Hendricks’s suspension was both procedurally and substantively unfair.

“I find that the applicant’s continued suspension is procedurally unfair because the respondent has not obtained permission from the CEO to extend his suspension beyond the 30 days as is required. I fail to see how the forensic nature of the investigation detracted from an employee’s right to make representations as to why he should not be suspended,” he said.

Edwards added that: “Horn did not come across as a convincing witness. His knowledge of Prasa’s policies, which one would have expected him to know, was very limited. He appeared not to have firsthand knowledge of the forensic investigation.”

Edwards said Hendricks had suffered reputational damage because his suspension had been widely publicised in the media. “It has also taken a toll on his health,” he added.