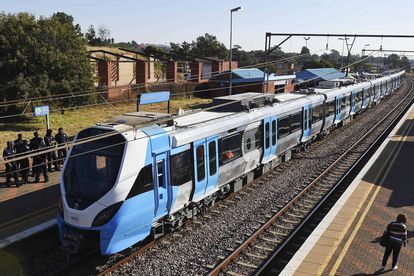 Prasa have been threatened with cuts to their electricity and water by the City of Cape Town.

Prasa have been threatened with cuts to their electricity and water by the City of Cape Town.

The Passenger Rail Agency of South Africa (PRASA) will on Monday, 23 May ose three lines in the Gauteng region to do maintenance work.

The recovery of services in certain sections of Gauteng and the Central Line in the Cape Town is already gaining momentum with work underway to restore train services in these regions.

In Gauteng, PRASA is reportedly working on four priority corridors which will be ready

to run train services by the end of October.

PRASA said the lines in the Gauteng region will be closed to allow for the uninterrupted rehabilitation and installation of electrical infrastructure and the restoration of rail tracks that were stolen and/vandalised during lockdown.

The following lines will be affected:

“Work between Pretoria and Kaalfontein (4th line) is scheduled to start in the next few weeks and expected to resume services by the end of October 2022.

“The termination of services is necessary to allow for the rehabilitation and restoration of the electrical cables (OHTE) and traction substations that was vandalised or stolen during the level 5 hard lockdown.”

CITY OF CAPE TOWN GETS GREENLIGHT FOR FEASIBILITY STUDY

The City of Cape Town’s mayor Geordin Hill-Lewis revealed that the national treasury has given the go-ahead for a detailed feasibility study for the devolution of the rail function in the city to the metropolitan municipality, in a speech on Thursday, 28 April.

The Cape Town mayor added that Godongwana’s encouraging letter was significant as it endorsed the city’s intended policy direction, adding that projects such as taking over the railway system and ending load shedding locally take time and therefore it is essential that work starts immediately.

ALSO READ: City of Cape Town moves a step closer to taking over trains from PRASA