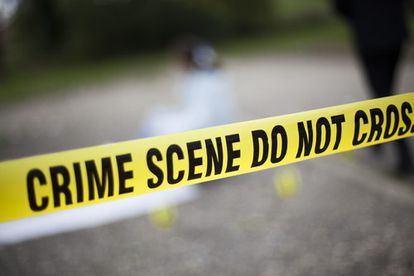 Police in Boksburg, Gauteng, have confirmed the successful arrest of five suspects believed to be responsible for a brazen robbery at a Post Office on 3 February 2021. The men were taken into custody after an off-duty officer spotted the thieves as they fled the scene.

Backup was called and police were able to chase down the vehicle and make the arrest, seizing several illegal firearms and stolen goods in the process.

“It is alleged that about five armed unknown men disarmed a security guard at the Post Office, took the available cash and fled the scene,” he said.

Makhubele said that following the robbery, the fleeing thieves were spotted by by the off duty police officer and members of the Crime Office were dispatched.

A car chase ensued, with police having deployed “maximum resources”.

Police confirmed that during the arrest of the five suspects – who are aged between 23 and 43-years-old – four illegal firearms were seized, along with money stuffed into a plastic bag. This, they said, is believed to be the stolen cash from the Post Office.

Makhubele said that police are now probing possible links between the group and various other robberies that have taken place in the province in recent weeks.

“Further investigation continues as police envisage to establish a possible linkage of the suspects to other trio crimes,” he said. “The suspects will appear before court soon, on charges of business robbery and possession of unlicensed firearms and ammunition.”

Provincial Commissioner of Police in Gauteng Lieutenant General Elias Mawela commended the off-duty officer for his “commitment, vigilance and bravery”, also commending the responding team of officers for their “swift response and tactical acumen”.

“Criminals are warned that the net is gradually closing on them and there is no place to hide in Gauteng,” he said.