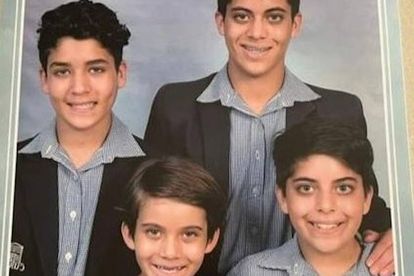 More than 24 hours after the four sons of a prominent Limpopo businessman were kidnapped, the motive is still unclear. The SAPS says there has still been no word on a ransom demand from the abductors.

Now the boys’ parents, Nazim and Shakira Moti are in total distress, having spent the first night without their children. The SAPS has intensified its search for the kidnapped boys and the perpetrators and previously interviewed their driver.

Giving an update on the case, SAPS spokesperson Motlafela Mojapelo said on Wednesday evening that they are yet to treat the case as one involving ransom. Considering the fact that the Moti boys’ father is a wealthy businessman, some were quick to speculate that the abductors were looking to make a quick buck, but it still isn’t clear at this point.

“We don’t have information that perhaps can help us make a determination as to the motive of this particular incident. What we know is that the seven suspects were so violent that they started shooting at random”

Mojapelo has called on anyone with information relevant to the kidnapping case to contact them on the 24-hour Crime Stop number on 086-001-0111.

The boys’ abduction sent shockwaves across the country, evening prompting EFF leader Julius Malema to rope in loyal supporters to help find them.

“The 64-year-old driver allegedly fetched the children from Nirvana and was driving along the R37 road, near the N1 bypass, when he was suddenly blocked by two vehicles, a white Kia Sorento and black Mercedes Benz. A total of seven occupants from the two vehicles, dressed in white overalls, alighted and started firing shots randomly,” Mojapelo said at the time.

What’s happening in The River this December 2022?