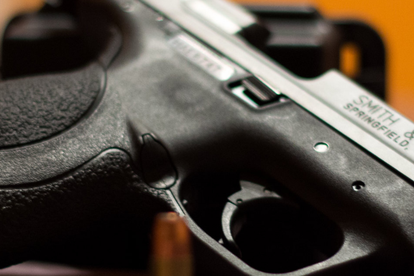 The Independent Police Investigative Directorate (Ipid) is investigating a case involving a policewoman who is suspected of killing a 24-year-old man in Port Nolloth in the Northern Cape on Sunday 12 September.

According to Ipid, a Northern Cape South African Police Service (SAPS) pair was doing a regular patrol when a call came in to attend to a fight in the local area. The two crew members encountered an injured young man who was carrying a knife. He directed the cops to a house before running towards it with the intention of attacking the occupants.

After realising the gate was locked, the man suddenly turned towards the policewoman in a threat to stab her. After several instructions to the man to drop his knife, a scuffle took place before the officer shot the man in his buttock.

“He approached the police van on the passenger side where the police officer was seated,”

“She rolled down her window and asked the suspect what happened to him.”

It is alleged the suspect threatened to stab someone pointing at a certain house. He suddenly turned around and ran to the house he had pointed at earlier.

“The suspect allegedly ran to the gate of the house and discovered that it was locked. The suspect advanced to the officer and the police officer walked backwards and kept on warning the suspect to stop and to drop the knife,” Langa continued.

The officer managed to fire at the suspect. The injured man soon died from his injury before he could receive medical treatment in the hospital.

“The bullet struck the suspect on his left buttock. He turned around and walked a few metres away and collapsed. An ambulance was called and the suspect was transported to a hospital for medical treatment. He died a few minutes after arriving at the hospital.”

“The police officer did not sustain any injuries. She opened a case of assault GBH against the suspect,” Langa concluded.