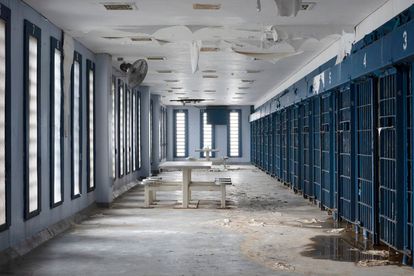 A 51-year-old policewoman and her 63-year-old and 72-year-old co-accused were sentenced to life for the murder of a man they accused of theft in 2019. Photo: Jonnie Lace / Flickr

A 51-year-old policewoman and her 63-year-old and 72-year-old co-accused were sentenced to life for the murder of a man they accused of theft in 2019. Photo: Jonnie Lace / Flickr

A 51-year-old policewoman and her two co-accused aged 63 and 72 years old were convicted of the murder of Thabang Keikabile.

The policewoman, Victoria Sechoko, Rosina Tlhalatsi and William Tshilo were sentenced to life for killing Keikabile after they accused him of stealing. On Friday, 2 September, the trio received life sentences at the Atamelang Regional Court in the North West.

The trio murdered Keikabile in 2019

National Prosecuting Authority spokesperson Henry Mamothame said the murder occurred on 6 January 2019. It is believed that Sechoko, Tlhalatsi and Tshilo accosted Keikabile before taking him to Sechoko’s house where he allegedly stole some items the day before.

“They then assaulted him with sticks and sjamboks until he died,”

The sentencing of the trio

The court heard how Sechoko did not report the incident to the SAPS but instead participated in the assault and subsequent murder of Keikabile. State Advocate Nangamso Goloda, according to IOL, argued that Sechoko should have known and acted better as a law enforcement officer.

Magistrate Stephen du Toit agreed with the State. He explained that Tlhalatsi and Tshilo’s ages did not hold any compelling circumstances for him to justify deviating from the prescribed life imprisonment.

A fourth accused in the matter reportedly escaped from police custody. A warrant for their arrest has been issued.

Meanwhile, it was reported that four men from the Eastern Cape were sentenced to a lengthy term behind bars for killing an elderly woman accused of witchcraft.

The four men accused her of practising witchcraft. He said the court ordered the sentences to run consecutively but suspended five years from the 20-year sentence. On 14 March 2020, there was a funeral at Majuba village of Samkelo Manundu, who was stabbed to death in Cape Town. Read the full story here.