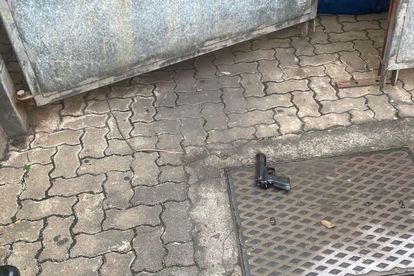 A police officer was wounded by a prisoner in a shooting incident at the Verulam Magistrate’s Court on Wednesday afternoon, 18 August. Another police officer shot and killed the prisoner who was reportedly attempting to escape, according to KwaZulu-Natal private security company Reaction Unit South Africa (RUSA).

RUSA said it was called to provide medical assistance at the Verulam court at approximately 13:43 on Wednesday.

“On arrival, it was established that a prisoner was being escorted back to the cells shortly after being sentenced to 15 years for a case of murder and house robbery when he deprived a Policeman of his firearm,” said the security company.

The prisoner reportedly held the firearm against the police officer he disarmed’s head before he was shot by another police officer.

The prisoner suffered a gunshot wound to the head while the police officer held at gunpoint was shot in the arm. “A Z88 9mm pistol was recovered on scene,” said RUSA.

The injured police officer was transported to a private hospital and the prisoner – who was critically injured – was stabilised by RUSA at the scene before being taken to a hospital.

The security company said the prisoner is implicated in several pending murder cases that allegedly took place in Verulam, Canelands, Umhlali and Ballito. He was expected to face the court in the coming months.