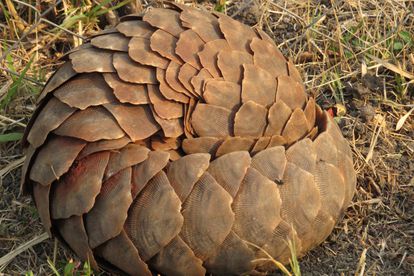 Five people were arrested in Midrand, Gauteng for pangolin trafficking and contravening the National Environmental Management-Biodiversity (NEMBA) Act. The Hawks pounced on the suspects after receiving a tip-off.

Directorate for Priority Crime Investigation (Hawks) spokesperson Captain Ndivhuwo Mulamu said the authorities followed up on intelligence about the illegal trade of a pangolin in the Midrand area.

“The team swiftly conducted a sting operation at a fuel station in Midrand where five suspects, three males and two females, arrived for an exchange of a pangolin for cash,” said Mulamu.

The suspects’ vehicles – a silver Toyota Avanza and an Audi – were searched and a police certificate that belonged to one of them was found.

The vehicles and unnamed electronic gadgets were seized as part of the investigation.

The Hawks’ Serious Organised Investigation units and the Department of Environmental Affairs rescued the animal and noted that it appeared unharmed. However, it was taken to a veterinarian for an assessment.

The suspects – aged between 32 and 49 – are expected to appear before the Alexandra Magistrate’s Court on Thursday, 28 April.

In an unrelated incident, four suspects were arrested after allegedly attempting to sell a pangolin for R250 000 at Crossing Mall in North West.

As previously reported, eight pangolin species are protected under international laws. Two species are listed as critically endangered on the IUCN Red List of Threatened Species.

According to the World Wildlife Fund, an estimated one million pangolins were trafficked over the last decade. This staggering figure may be a conservative estimate considering the recent volume of scale seizures, said WWF