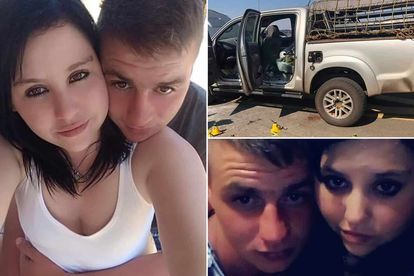 The South African Police Service (SAPS) in Gauteng have finally had a breakthrough in the double murder of 19-year-old Johanco Fleischman and his girlfriend, 21-year-old Jessica Kuhn, who were shot and killed after their car ran out of fuel on the Putfontein off-ramp on the N12, in May 2019.

According to police at the time, the couple’s bakkie had been parked at approximately 23h00 when they were attacked by armed men.

Suspects to appear in court

The arrests were the result of an intelligence-driven operation.

“It is alleged that the deceased were waiting for help when they were attacked, robbed and brutally killed by unknown suspects and their vehicle was slightly burnt. The investigation team have been working tirelessly to bring the perpetrators to book”, the SAPS’s Kay Makhubele said in a statement on Saturday, 20 June 2020.

“On 18 June 2020 the police operationalized the intelligence information led by Provincial Organised Crime Unit: Serious and Violent Crime to Benoni where two suspects linked to the killing of the two people in Putfontein were arrested. During the arrest no firearms were recovered. The suspects will be profiled to check if they are linked to other serious and violent crimes”, Makhubele further said.

The suspects are set to appear in court soon.

Fleischman was reportedly found outside the vehicle and had been shot several times while Kuhn’s lifeless body was found inside. She had been shot only once.

In another intelligence driven operation on Thursday, 18 June 2020, police followed up on information of a wanted suspect in Soshanguvhe, north of Pretoria. They were able to pounce on the suspect after casing the house where the suspect was found.

Several items were confiscated during the bust.

Meanwhile in Midrand, police arrested a former police reservist following information received that he was using police stamps from his house. During the operation, police uniforms and live ammunition were also seized.

All the arrested suspects will appear be appearing in various Magistrate Courts in Gauteng.

Provincial Commissioner of Gauteng Lieutenant General Elias Mawela commended the sterling work by the Gauteng police and urged the community to continue to work with the police to fight crime.