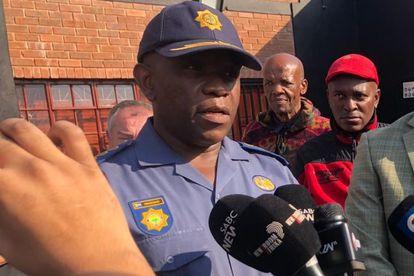 Police have found and arrested two people linked to the sudden shooting at a tavern in Pietermaritzburg on Monday morning.

Four people were killed during a shooting at a tavern in Sweetwaters. Two armed men arrived in a VW Polo and stormed into the tavern before opening fire.

At least 12 people were shot and eight others are in hospital.

The shooting happened on Saturday night, he said.

“We have taken a few people into custody. The vehicle that was mentioned – we managed to locate it and we found it. We are continuing with the investigations and we hope there are more people we might have to take into custody to be able to answer to get answers on what led to this shooting,” said Mkhwanazi.

After the shooting, police however clashed with patrons and bereaved families of the deceased.

“The drunk wanted to stone the police and stoned the vehicles. It was a crowd management condition between the bereaved and the drunk. Crime management was applied.

The province has an ongoing issue of verbal conflict leading to gunfire, Mkhwanazi said.

“The reality is that we find in our province, especially in the townships, that when people get into a conflict for whatever reason, the quick thing they do is shoot and kill each other,” he said.

But these shootings are usually committed by an unlicenced firearm.

“Someone with a licence buys a firearm legally and doesn’t look after it, then it gets stolen. Or, there’s a robbery in the house and they get the firearm which becomes an illegal firearm and then they use it for crime. The availability of ammunition in our gun shops is also a problem for us. Whoever has a licence buys ammunition almost every day and you can even sell it later and no one will know about it,” he said.

Even local taxi ranks are guarded by security guards, armed with rifles. Many recovered unlicenced firearms turn out to belong to security companies, said the police commissioner.

The commissioner denied that police should be blamed for the tavern shooting, stating that it was unreasonable to expect cops to search each and every tavern patron.

“We are under-resourced. We would like to have lights and cameras everywhere. But we can’t patrol in every single dark place and every footpath in this are because it’s a rural area. That becomes a challenge. With the number of liquor outlets, police will be in one area but a shooting happens in another place,” he said.