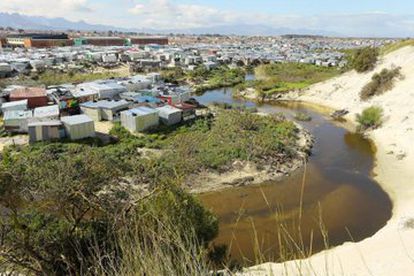 Police discovered the bodies of two unknown men in a river that runs along the COVID-19 informal settlement in Driftsands while searching for four missing men who were thrown in the river in a mob justice incident.

According to police spokesperson, Novela Potelwa police divers and Mfuleni police officials have been scouring the area for the missing four men between the ages of 19 and 23 for three days.

“The four men were reported missing by family members between Saturday and Sunday evening. Eyewitness accounts indicate the four men were assaulted by a group of people and thrown into the water.”

On Tuesday, Potelwa said the four men had not been found yet.

During the search over the past weekend, the party retrieved the first body on Saturday, while the second body was recovered on Sunday afternoon.

“The three families who opened missing persons’ cases with Mfuleni police over the weekend confirmed on Monday that the two bodies recovered on Saturday and Sunday were not their relatives.”

POLICE SEEK ASSISTANCE IN FINDING THE FAMILIES OF THE TWO MEN

Mfuleni police are appealing to families with missing individuals to contact Detective Sergeant Magqaza after recovering two bodies of the yet-to-be-identified men over the weekend.

“The divers resumed their search on Monday morning, searching a seven-kilometre area along the river. The search will continue again on Tuesday.”

As police investigate the circumstances surrounding the recovery of the two bodies, Detective Sergeant Magqaza can be contacted on 082 777 6898.

Meanwhile, police are investigating what led to the vicious attack on the Tyeni village in the Eastern Cape, which led to the deaths of three men and a total of 18 homesteads destroyed.

THREE BODIES WERE FOUND NEAR THE VILLAGE WITH GUNSHOTS WOUNDS

Police spokesperson Sergeant Kaya Matola-Mvanyashe said the community had vacated the area, fearing for their safety.

Approximately 18 homesteads were damaged and burnt down during the attack in the Eastern Cape.

Matola-Mvanyashe said the forest near the village was searched, and two bodies were found.