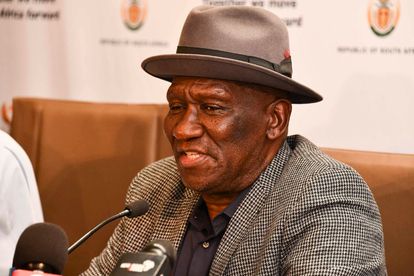 A massive 227 people were killed in taverns, bars or murders between April and June this year. Photo: GCIS / Flickr

A massive 227 people were killed in taverns, bars or murders between April and June this year. Photo: GCIS / Flickr

The crime statistics for the first quarter (Q1) of the 2022/2023 financial year were released by the Ministry of Police on Friday, 19 August.

227 people were murdered in taverns, pubs and bars

The crimes depict those that were reported to the South African Police Service (SAPS) between April and June 2022. Minister of police Bheki Cele said that as a nation, we cannot accept that over 200  people were killed in places of entertainment.

Cele said that 227 people were murdered in taverns, pubs and bars between April and June this year.

Liquor has had an impact in the commission of various crimes

Speaking about the impact liquor has had on murder cases, Cele revealed that in 749 murder cases liquor was involved. Liquor was also involved in more than 4 000 cases of assault GBH.

In terms of rape, alcohol was involved in the commission of 1 212 cases.

“We urge communities, civil society, religious organizations and various community organizations to look at addressing the role liquor is playing in communities and as crime contributor. Such conversations combined with awareness programs and action by the SAPS, are important and do lead to (the) prevention of many violent crimes,” the Minister said.

Cele said the number of murders in South Africa remains high and worrisome. In Q1, 6424 people were killed by other persons – or murdered – in South Africa. The figure represents an increase of 664 murders (11.5%) compared to the same period last year when the country was placed under COVID-19 lockdown levels one and two.

The top three most likely causes of murder in the country are 1) arguments and misunderstandings, which retains its position; 2) retaliations and revenge murders; 3) vigilantism. KwaZulu-Natal is home to two of the top three highest murder stations in Q1 – uMlazi and Plessislaer – while the third station – uMthatha – was in Eastern Cape.

The three stations combined for 221 murder cases during the reporting period. During this engagement, SAPS was asked to improve its response time. A shortage of police vehicles and difficulties posed by environmental were also raised. The police minister said these concerns were being urgently addressed by all spheres of government. Read the full story here.