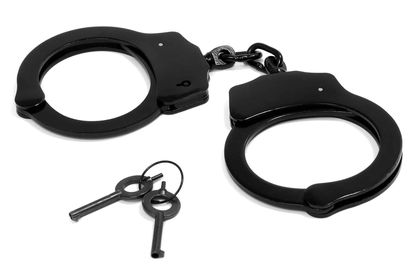 Eight Free State police officers who were arrested last week for allegedly robbing a business in Kroonstad appeared in the local magistrate’s court on Friday.

They faced charges of business robbery, defeating the ends of justice and perjury. They will remain in custody until 1 October, when they will apply for bail.

Their court appearance follows their arrest by the Provincial Anti-Corruption unit on Tuesday 22 September for their alleged involvement in the business robbery committed on 20 June at a supermarket in Kroonstad.

“The suspects allegedly conducted an operation at a shop in Station Street [in] Kroonstad, where they arrested the owner and his wife for contravention of the Disaster Management Act [by] selling cigarettes during the lockdown period,” said police spokesperson Brigadier Motantsi Makhele.

In a previous media statement – issued at the time of the arrest of the eight officers last week – Brigadier Makhele said they had indicated that they found an “unknown male” outside the shop smoking. They confronted him and he told them that he bought the cigarettes inside from the owner. They then entered the supermarket and arrested the owner and his wife.

However, it subsequently emerged that the male outside the shop was actually a relative of one of the policemen and therefore known to the officers.

Two of the eight officers to face additional charges

This person, identified as Thapelo Aldridge Mokoena, was also arrested during the anti-corruption investigation and has already appeared in court on separate charges.

Two of the eight policemen arrested, Sergeants Molifi and Maloisane, will appear again in  the Welkom Magistrate’s Court tomorrow (Monday) on a separate charge of possession of an unlicensed firearm and ammunition. This after a firearm and ammunition were found in their houses during the search by members of the Provincial Anti-Corruption unit.