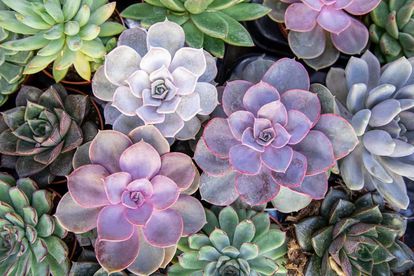 Law enforcement in the Western Cpae apprehended a group of plant poachers in two sting operations.

Law enforcement in the Western Cpae apprehended a group of plant poachers in two sting operations.

Poachers have been apprehended in the Western Cape after being caught in possession of an estimated 11 000 endangered succulent plants.

The plants were destined for the illegal plant trade, which is said to be a growing focus for law enforcement in and around nature reserves.

Biodiversity theft on the rise

Two joint operations by CapeNature and the South African Police service (SAPS) Stock Theft Unit were successful in bringing the plant thieves to justice on 30 April and 8 May in the Matzikama region.

Anton Bredell, the Minister of Environmental Affairs, Development Planning and Local Government (includingCapeNature) said that biodiversity crime was on the rise.

“Following an increase in biodiversity crime in the Matzikama area during the last two years, primarily the illegal collection of succulent plants and lizards, CapeNature’s staff at Vanrhynsdorp joined forces with the SAPS Stock Theft and Endangered Species Unit and Provincial Traffic Services in an attempt to curb these illegal activities,” he said.

“Partnerships with other government agencies, have proven to be invaluable, allowing for focused and co-ordinated biodiversity conservation compliance and enforcement efforts leading to successful apprehensions and prosecutions.”

With nature reserves and parks closed to the public during the nationwide lockdown, anti-poaching units and compliance patrols are still operating to ensure that no one takes advantage of the vulnerable fauna.

Bredell said that primary areas of concern are coastal reserve and Marine Protected Areas. He said that several groups of hikers who had died the Disaster Management Act and tried to gain access to the Cederberg Wilderness reserve had also been apprehended.

“In April, three groups of hikers illegally accessed the Cederberg Wilderness area. Vehicles, drivers and hikers were apprehended and turned over to SAPS who issued relevant fines and warnings.”

“We want to urge the public to work with us and to adhere to lockdown regulations. In addition I want to congratulate the partners and our staff in the Matzikama region on their successes in protecting our biodiversity in the province.”