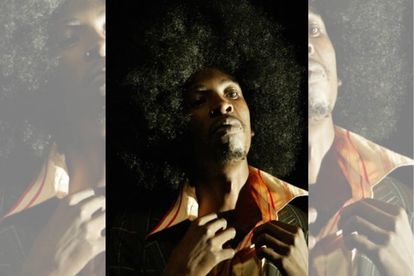 The case that has been churning out delays left, right and centre repeated the trick on Thursday, as the state’s pathologist was issued with a warrant for his arrest. Hip-hop artist Pitch Black Afro is accused of murdering his wife back in January, but the path to justice has been severely impeded.

Court proceedings were postponed for a fifth time, with the case set to resume on Wednesday 20th March. As The Citizen report, this is the third time a delay has been issued due to the whereabouts of this pathologist.

A warrant of arrest has been issued for the pathologist who was due to testify today in the bail application of Pitch Black Afro in the Johannesburg Magistrate's Court.#sabcnews

The state has called for their intervention, as the prosecution doesn’t just believe Pitch Black Afro (real name Thulani Ngcobo) murdered his partner, but that he also attempted to cover it up.

The musician has already admitted he tried to clean up the scene before police were called, but he said this was only because she starting coughing blood before she passed away. The prosecution isn’t buying his version of events, and need the pathologist’s help to put another nail in Ngcobo’s coffin.

Senior prosecutor Mojalefa Metswamere said the pathologist was attending a conference in Tanzania and could therefore not make it to court. Meanwhile, Pitch Black Afro will remain in police custody.

What the MC is said to have done

His wife of 12 years was last seen alive on New Year’s Eve when the couple spent the evening with friends in Yeoville. Ngcobo and Catherine Modisane left their friend’s house after an argument. However, Modisane returned to their apartment later that evening, “barefoot and looking disturbed.”

She stayed with her friends for several hours and was escorted back to the B&B in the morning. Her body was found at the Bed & Breakfast later that day, and an autopsy report confirmed that Modisane died of blunt force trauma. Ngobo was arrested on 9 January.