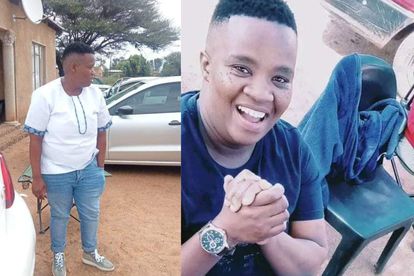 The partner of the gang-raped and set alight queer member Tankiso Esther Tawanyane says she now lives in fear.

PARTNER RUNS AWAY AFTER LOVER GANG-RAPED

Tankiso (37), a security guard by profession, was doused with paraffin and set alight after being gang-raped by runaway suspects.

Her body was discovered on Friday, 7 October in front of a shack and later died in hospital the following day, Saturday, 8 October.

GIRLFRIEND SPEAKS OUT AT THE MEMORIAL SERVICE

Tankiso’s memorial service was held at the Percival Jas Hall (in the community), where her partner apparently spoke out about her fright after the inhumane incident.

Speaking to DFA, the girlfriend said they were living together in Roodepan (Kimberly) after having dated for a year. Following the incident, she said her fear drove her out of their place and returned to her parental home.

According to News24, Lieutenant Colonel Sergio Kock, police spokesperson, said the victim was apparently raped by three unknown men who later set her alight with paraffin.
He added that the Galeshewe Family Violence, Child Protection and Sexual Offences (FCS) unit is investigating the rape and murder of the victim.

ALSO READ: 16-year-old girl dies after being RAPED and BURNT

“Anyone with information must urgently call D/WO Lesego Oliphant on 082-495-4605 or Capt. Sebata Tsiu on 082-874-4613. Information can also be sent anonymously via SMS to 32211 or through the use of the MySAPS app. The investigation continues.”

As the call for justice intensifies, Democratic Alliance (DA) member of the provincial legislature, Ofentse Mokae, who visited the family appealed to the Police Commissioner, Major General Koliswa Otola to treat this incident as a hate crime.

It is reported that Tankiso’s funeral will be held this weekend, despite financial constraints facing her family.