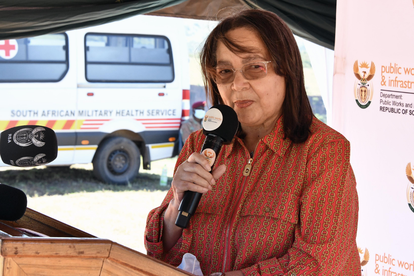 The DA has called for Patricia de Lille’s head over the fire that devastated Parliament. Image: GCIS/ Flickr

The DA has called for Patricia de Lille’s head over the fire that devastated Parliament. Image: GCIS/ Flickr

The Democratic Alliance wants Public Works Minister Patricia De Lille to face the music over the fire that devastated Parliament. Chief Whip Natasha Mazzone has now voiced the opposition party’s opinion that President Cyril Ramaphosa should axe the Minister over the ordeal.

“The Minister of Public Works and Infrastructure Patricia De Lille’s poor attempt at covering up her complicity in the burning down of Parliament, by strenuously trying to stop the release of the independent audit report by BDO and insisting that it was ‘irrelevant’, makes her continued stay as a Cabinet Minister completely untenable. President Cyril Ramaphosa must dismiss her immediately.”

The party insists that audits, which the DA obtained due to ‘continuous pressure’, on Parliament buildings support this drastic measure.

“Patricia de Lille must be held directly responsible for the fire that burned down Parliament and tore through one of the key institutions of our constitutional democracy. This report was finally, after continuous pressure by the DA, released by Parliament late last night.”

The DA claims that the 2021 report confirmed that Parliament was left ‘severely exposed to disaster’ due to the inadequacy of fire control measures in Parliament buildings.

“During the site visit to the NCOP building… on 21 September, it was noted that… the NCOP’s sprinkler system has not been operational for some time. As these buildings (Parliament), contains significant amount of wood, it is concerning that there seems to be no automated fire systems in place to protect these buildings from destruction in case of fire”.

Audit report according to the DA

The party further insists that De Lille failed to take action after the report was released.

“The scandal here is that, after being presented with these findings, De Lille did not take any corrective steps to address the issues raised. Instead of doing her job to protect a national key point, she instead started to look for ways to stop the report from going public.”

De Lille has been accused of negligence and failing to protect the uninsured buildings of Parliament from the disaster.

“These findings point to gross negligence and a failure, at Ministerial level, to adequately maintain and protect a national key point. Instead of owning up to her costly dereliction of duty, de Lille lied that it was irrelevant. It was only after sustained DA pressure and the costly damage that her poor attempt at cover up, that the report has eventually been released.”

In conclusion, the DA says that this ultimately confirms that De Lille should never been appointed in the first place.

“The BDO report confirms, beyond any reasonable doubt, that de Lille should never have been made a Minister.”

Pesto potato salad: A twist on a classic South African braai side

EISH WENA: Have you seen this? Man riding on the back of Train [viral video]