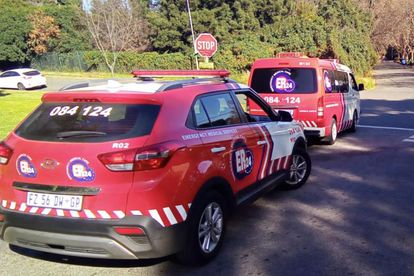 Paramedics seem to be under attack once again as various EMS’ have condemned the incidents. Photo: ER24 EMS (Pty) Ltd / Facebook

Paramedics seem to be under attack once again as various EMS’ have condemned the incidents. Photo: ER24 EMS (Pty) Ltd / Facebook

A number of emergency medical services have condemned the attacks against paramedics in South Africa. It seems paramedics are once again under attack.

There have been a number of assaults on paramedics

On Tuesday, 28 June, a paramedic’s vehicle was hijacked in Table View from an accident scene. LEAP Reaction Unit officers were on patrol in Steenberg when they saw a vehicle matching the aforementioned car’s description – allegedly driving at a high speed.

The reaction officers gave chase. The driver was subsequently arrested for being in possession of stolen property. He was also charged with drunk driving, reckless and negligent driving and resisting arrest.

The suspect is being held at the Milnerton police station.

In another case, ER24 paramedics were robbed at gunpoint on R510 in the North West. The medics were attempting to resuscitate a patient when the incident occurred. Spokesperson for ER24 Russel Meiring said the medics were in the midst of transferring a critically ill patient to his home from a Rustenburg hospital.

Along the route, the patient’s vital signs started to rapidly diminish. Meiring revealed that they had pulled the ambulance off to initiate CPR in order to revive the patient.

“While treating the patient, three armed men approached the ambulance, pulled open the door and robbed the medics of their personal belongings, as well as the patient’s belongings,”

Red Zones have been identified as common areas

Byron La Hoe of the Western Cape Department of Health stated that most of the attacks on the medics occurred in areas that they have identified as ‘red zones’.

La Hoe urged the public to do their best to assist with protecting EMS officials and report such acts of criminality to the South African Police Service (SAPS).