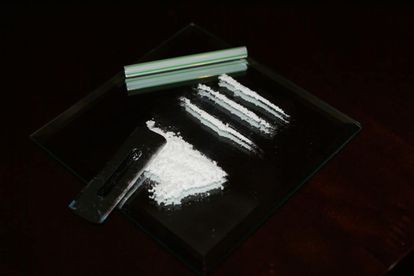 An enorumous amount of cocaine was discovered when authorities removed panels from a banana fridge inside a shipping container over the weekend, police have said.

Police act on suspision of drugs aboard ship

The drugs were discovered on a vessel from Ecuador during an intelligence-driven, multi-integrated operation by the Ports of Entry team.

Two containers on board the vessel were suspected of containing narcotics, said lieutenant colonel Katlego Mogale.

“The suspected containers were on board a vessel that had docked in Port Elizabeth at the Ngqura Port. The team, which included Customs Investigations, the K9 unit and SAPS Border Police, were duly activated and the process initiated to trace and secure the two containers.

He said the banana cartons were physically checked inside and outside of the container.

While inspecting a rear refrigeration unit, a hidden compartment was discovered.

“Upon removing some of the panelling, the team discovered packages wrapped in brown tape. The panelling was removed and a total of 40 packages, which tested positive for cocaine, were discovered in both the containers.

“Further profiling was conducted and it was discovered that there were another two containers that were linked to the product type and packaging methodology on the same vessel. The team immediately decided to secure the containers.”

At around 1am on Sunday, a sniffer dog reacted positively to the same rear refrigeration panelling as the previous two containers, said Mogale.

The team consequently removed the panelling and discovered another 45 bricks wrapped in brown packaging tape. This also tested positive for cocaine.

“High levels of collaboration between stakeholders at the port have once again paid off. There have been breakthroughs made as a result of the on going proactive fight against crime, especially the proliferation of drugs coming into and through the port. Investigations are continuing,” said Mogale.