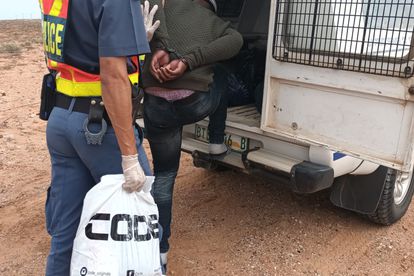 The operation was targeted at crimes at sea and land. Photo: Supplied

The operation was targeted at crimes at sea and land. Photo: Supplied

Gamieldien said there was also a focus on illegal harvesting and recreational fishing, drug, and other commodity smuggling crimes.

The successes achieved included 112 vehicles and 162 persons were stopped and searched at four(4) vehicle checkpoints.

Gamieldien said the operations were conducted to collectively exhibit optimum efficiency and effectiveness in addressing all forms of crime at sea and on land.

The operations were conducted under the overall command of the Acting Deputy Provincial Commissioner for Policing, Brig Hennie van Rensburg and included various SAPS units and Provincial components as well as external roleplayers namely:

Department of Environment, Forestry, and Fisheries, the Department of Agriculture, Land Reform and Rural Development, Customs and Immigration and SANPARKS.

ALSO READ: Over 8000 arrested in KZN in February

The Northern Cape Airwing was assisted by members of Free State Airways in conducting air patrols along the shorelines and over the mining areas.

Operation Phakisa specifically focuses on the enhancement and coordinated compliance and enforcement of securing the South African waters and coastal environment.